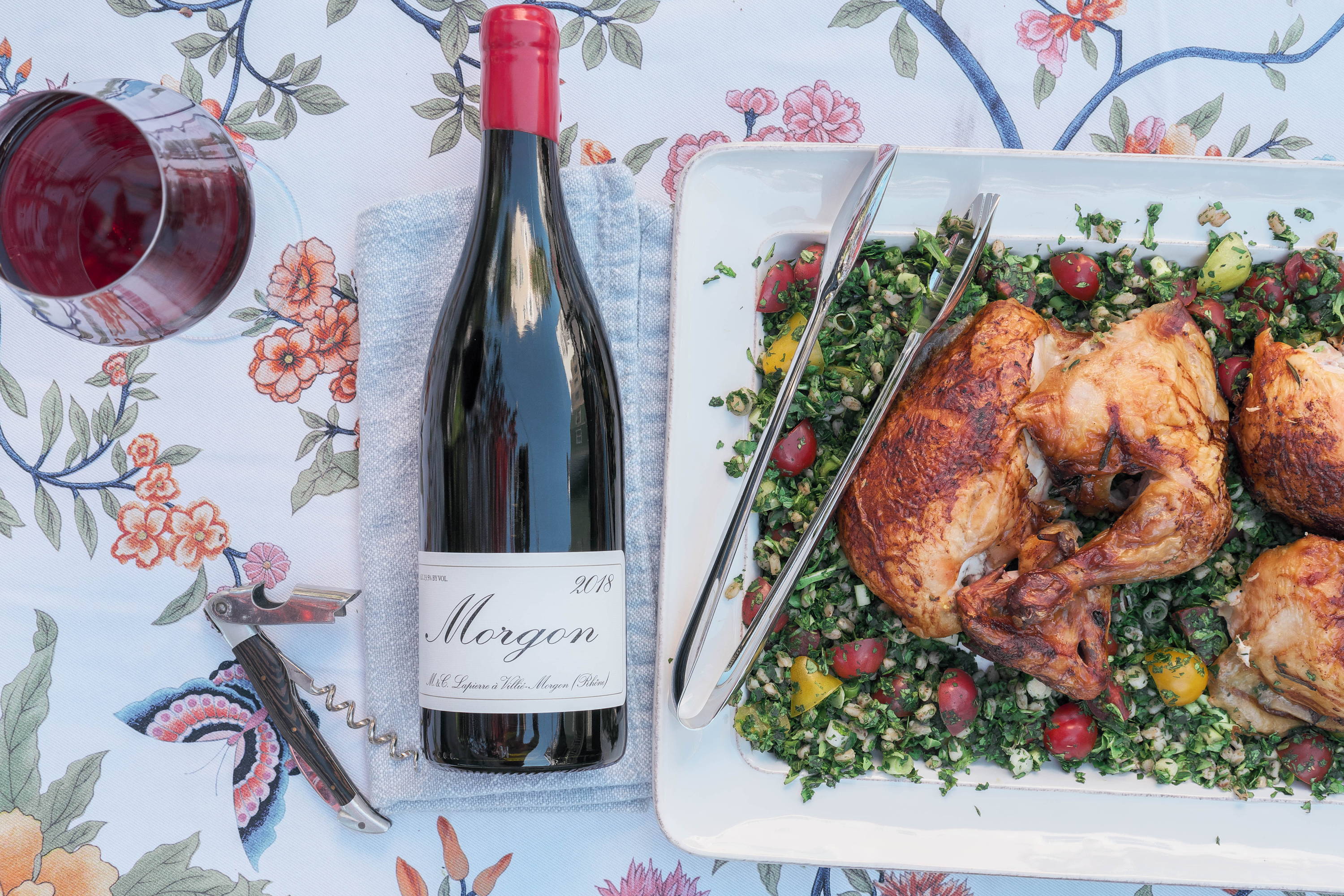 I finally got the wine.

We all covet different things. Some people check Zillow every morning with their first cup of coffee. Others dream about the chance to meet a revered celebrity. And then there are those who dream day and night about some limited-edition sneaker that no one else will be wearing - hey, no judgment here! You do you.

But for me, I’ve been hoping, waiting, and begging to get access to one of my favorite wines to share with you.

When I first launched En Pointe Wines, I had a dream first shipment. In it was the Marcel Lapierre Morgon - the perfect example of what good Beaujolais Cru can be, and the perfect argument against the silly, bubble gum flavored Beaujolais Nouveau that floods the wine scene every fall. Unfortunately, the best wines are often small production and in high demand, so my first request for access to the wine received a polite but firm, “Nope!” But after a few years and a lot of patience on my end, the doors have been opened for enough of an allocation to be able to share with all of you.

I love this wine because, like a chameleon, it seems to be the perfect bottle for nearly every occasion. Need a red wine that’s delicious to sip on its own? Need something to pair with a wide range of dishes - like a buffet, or restaurant meal? Is it cold and blustery out, or warm and sunny - it doesn’t matter, grab this bottle.

That said, it’s a no sulfur wine, meaning it’s a bit temperamental. Watch that you keep it well “cellared” until you are ready to open and in terms of food pairings, I’d avoid white fish, highly acidic foods, and anything too sweet. Otherwise, everything is fair game! So pop the cork, pour yourself a glass, and expect the perfect combination of sophisticated earthiness balanced by ripe berry fruit and a floral lifted finish.

Here are a few recipes I’d love to pair it with: 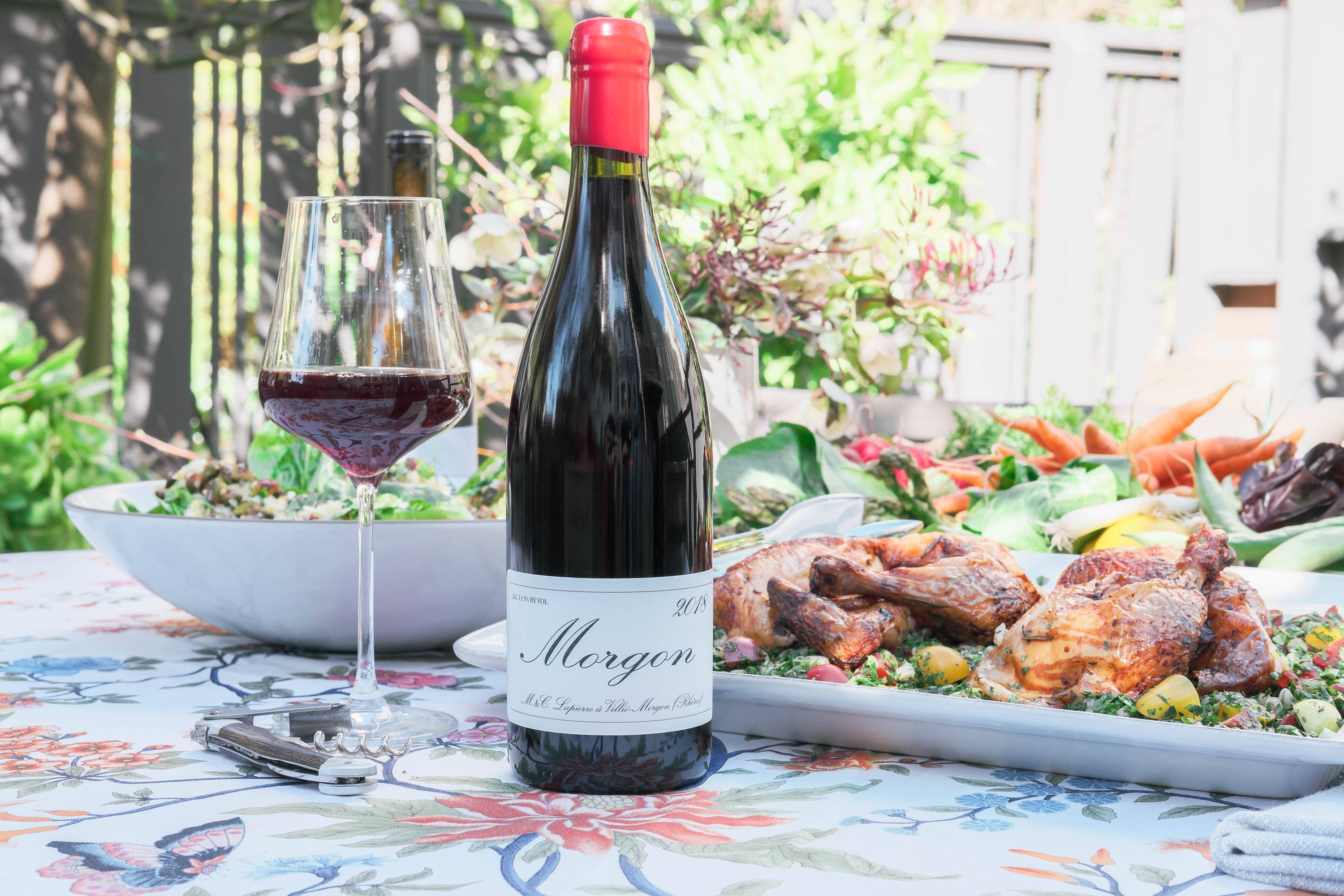 Beaujolais is a wine region in France that tends to evoke strong reactions from wine consumers. Why? Because of a phenomenon called Beaujolais Nouveau.

Beaujolais Nouveau is a style of wine made from the Gamay grape, coming from the region of Beaujolais, which is just south of Burgundy. After only six weeks in the bottle, the freshly released wine is fruity, light in body, and extremely easy to drink. Every year, at exactly midnight on the third Thursday of November - as stipulated by French law - over sixty million bottles of the new vintage of Beaujolais Nouveau gets released to the world via Paris. 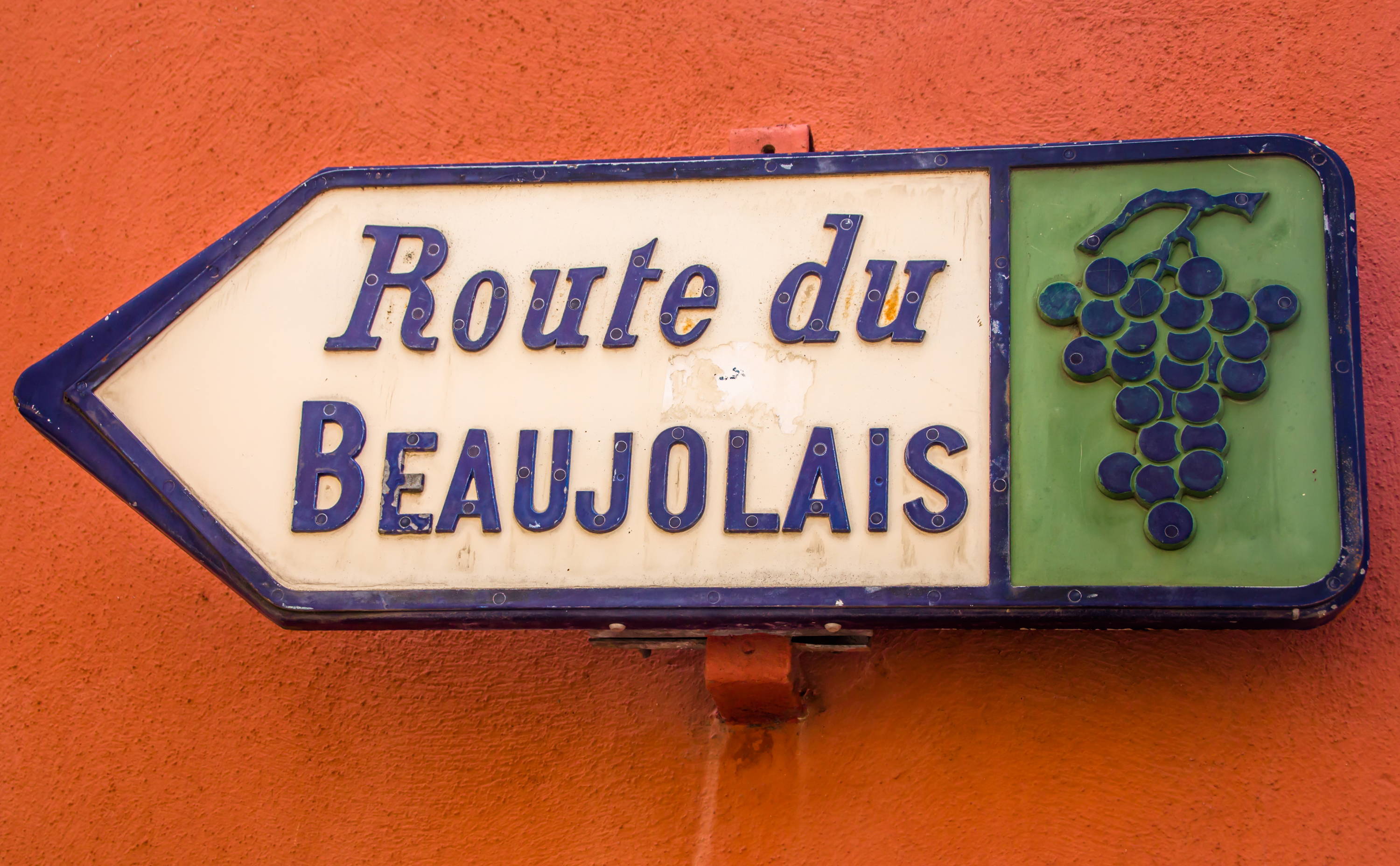 Because Beaujolais Nouveau cannot be released a day earlier than the third Thursday of November, there’s a playful race among producers to be the first to hit the streets of Paris. Banners proclaiming, “Le Beaujolais Nouveau est arrive!” are scattered throughout wine shops, cafés, and alleyways around the city when the day finally arrives. The celebratory tradition of drinking Beaujolais Nouveau spread quickly throughout the world, and while it certainly put Beaujolais on the map for many consumers, I’d argue that the phenomenon did a terrible disservice to the classically made wines of the region.

It’s a shame that for many consumers today, all Beaujolais is synonymous with "nouveau" style wines. In reality, Beaujolais Nouveau is just one category of wines made from this small but incredible region. The most interesting and rewarding category from the region is Beaujolais Cru. This category embodies the best that Beaujolais can offer. There are ten “crus” designated villages in the region (Brouilly, Chiroubles, Chenas, Cote-du-Brouilly, Morgon, St-Amour, Julienas, Moulin-a-vent, Fleurie, and Regnie), whose wines rival the quality of its more famous neighbor Burgundy. Cru wines are produced traditionally - meaning without carbonic maceration - and are not rushed to bottle in order to stock shelves in November. They age beautifully over years, and in some cases decades.

Within the category of Cru Beaujolais is an even more elite and rare category - wines made by the affectionately named “Gang of Four.” Inspired by the "godfather” of the group, Jules Chauvet, the gang of friends rejected the idea of chemically produced wines and became the first to speak out for “natural wines.” These “rebels of the time,” as Bay Area importer Kermit Lynch referred to them, insisted on a return to traditional viticulture and vinification - meaning old vines, no herbicides or pesticides, judicious sorting of grapes, minimal or no sulfur dioxide, and no additions of sugar to mask underripe grapes. The gang of four - Guy Breton, Jean-Paul Thevenet, Jean Foillard, and our featured producer, Marcel Lapierre - became the true leaders and champions of the natural wine movement that is so prevalent today. 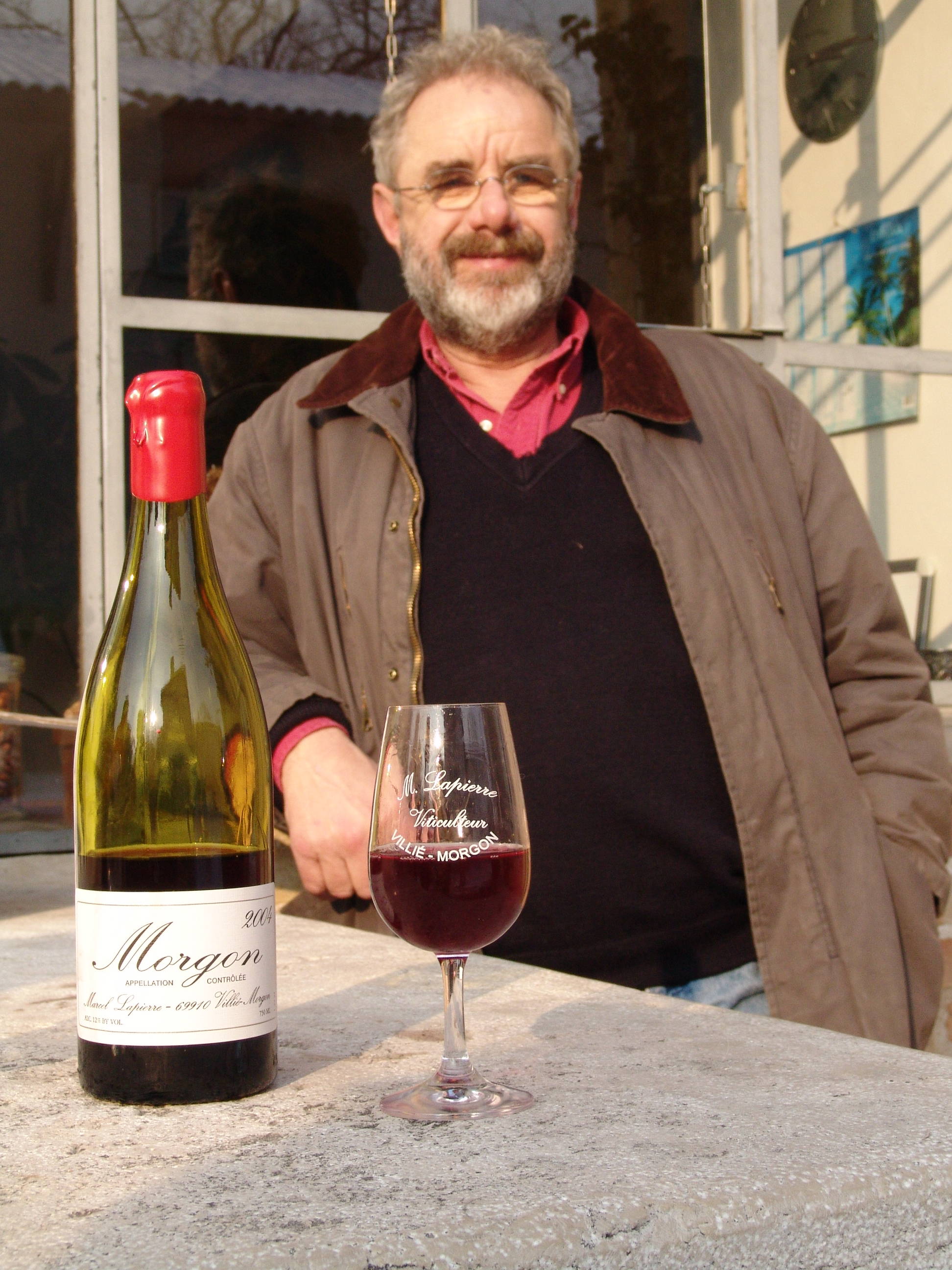 Sadly, Marcel passed away at the end of harvest in 2010, but his son Mathieu and daughter Camille have picked up the batton in order to ensure that their father’s legacy lives on. 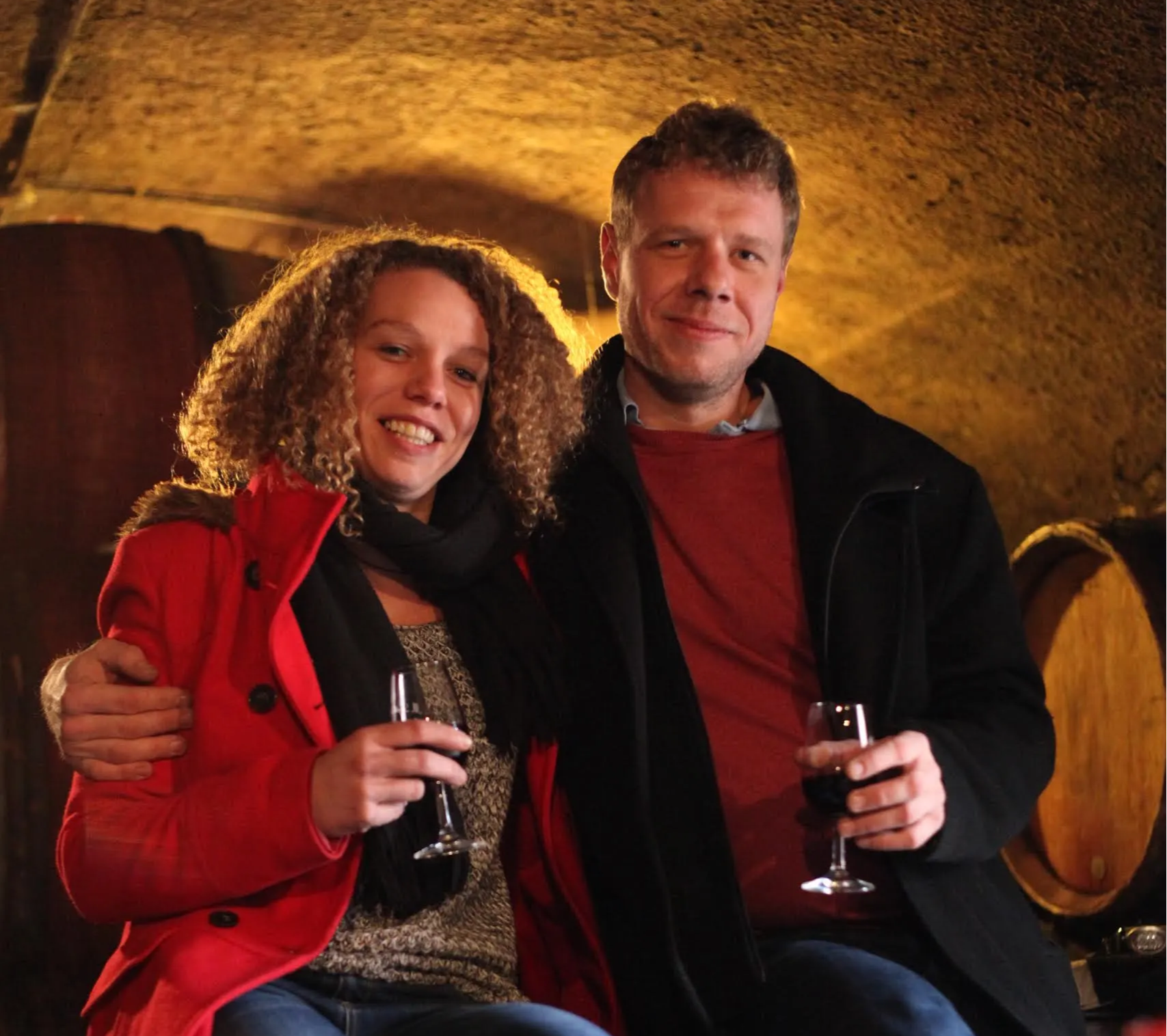 So next time you see someone turn their nose up at a bottle of Beaujolais, you can tell them they’re missing out - or better yet, let them think that it’s all bad, and let’s save the good stuff for the rest of us! 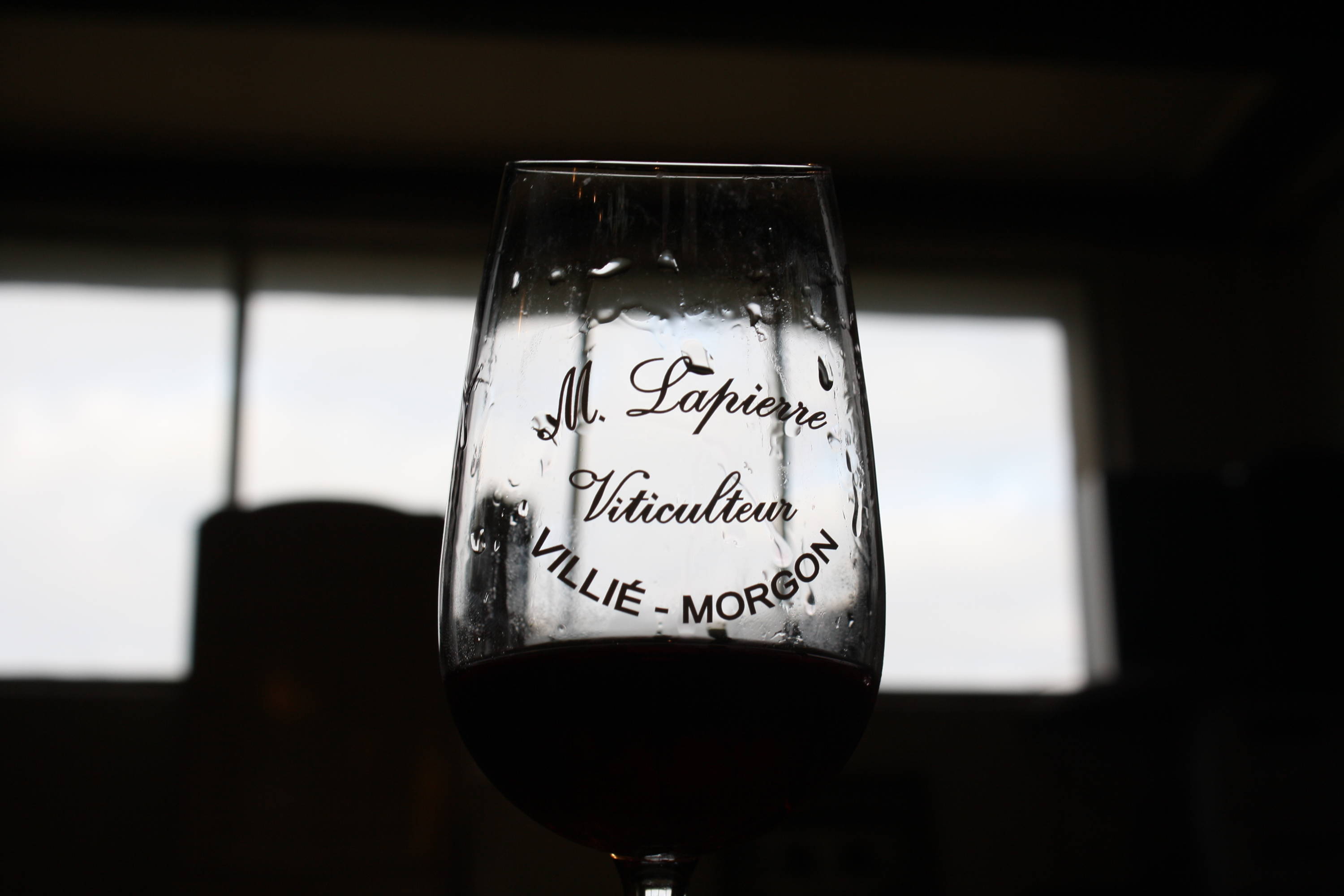 Photos of the winery and producers are courtesy of Kermit Lynch Wine Merchant.