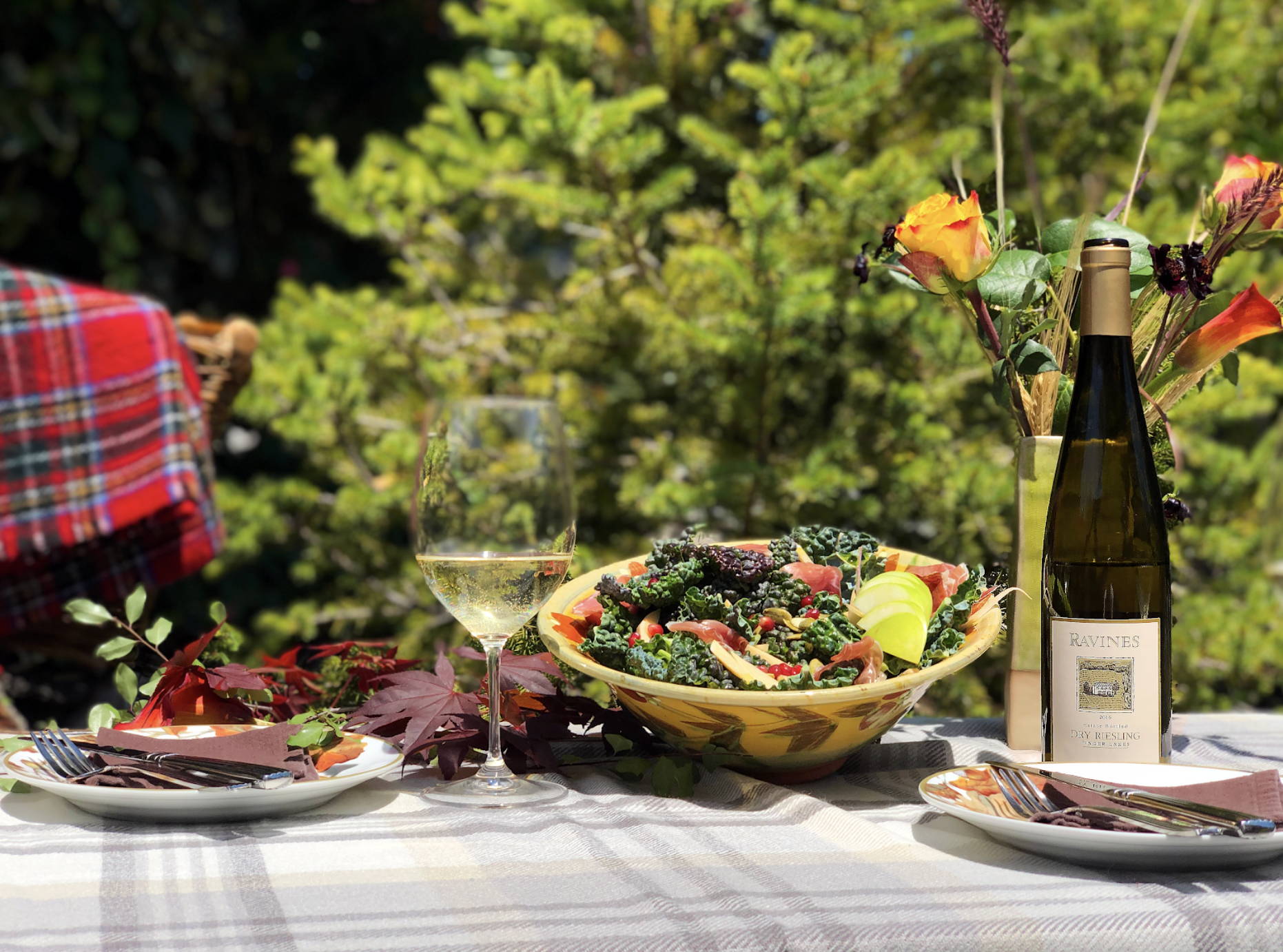 My husband Riley likes to tell people that one of the best things about San Francisco is its escapability. Drive forty minutes north-west to Bolinas and you can surf in the sun, forty-five minutes north-east and you’ll find yourself lost among the vineyards or Napa or Sonoma, and after a couple hours northeast you’re in the mesmerizing snowy vistas of the Sierra Nevada mountains and Lake Tahoe.

While my heart will always belong to California’s coastline, there’s an undeniable pull to make the drive up to Tahoe for the season’s first snowfall. We may have temperate weather all year long in San Francisco, but up in the mountains you can finally experience the energizing crisp alpine air on your face, the shockingly cold snowfall in your hands, and enjoy the revitalizing aromas of pine trees all around.

And it’s that sensation of energy and revitalization that are captured in this refreshing and pure Riesling from the Finger Lakes region of New York (yes you read that right - New York). With flavors of vibrant green apple, just-ripe D’anjou pear, freshly squeezed lime, complemented by aromas of citrus blossoms, and a racy minerality, this wine would pair perfectly with your weekend in the mountains or with any one of the following recipes:

In the California wine community there’s a tendency to dismiss wines from anywhere else in the country, and Riesling. So this Riesling from New York is a controversial (and in some views) surprising discovery.

But this isn’t some “passable” grape from a maligned region, rather it is one of the best representations of Riesling you can find in the US. Don’t believe me? I’m not alone in my opinion. And for the last time, Rieslings aren’t sweet or “girly”. Like every other wine featured in this club, they belong on the dinner table beside a beautiful meal.

Okay, so why is this Riesling so impressive?

Behind the helm of Ravines winery is a husband and wife team, Lisa and Morten Hallgren. Morten, Danish by birth, grew up on his family’s estate winery in the Cotes de Provence region of France. His parents operated a 170-acre vineyard and estate winery where Morten spent years learning the craft of nurturing the vines and respecting the wine in the cellar. 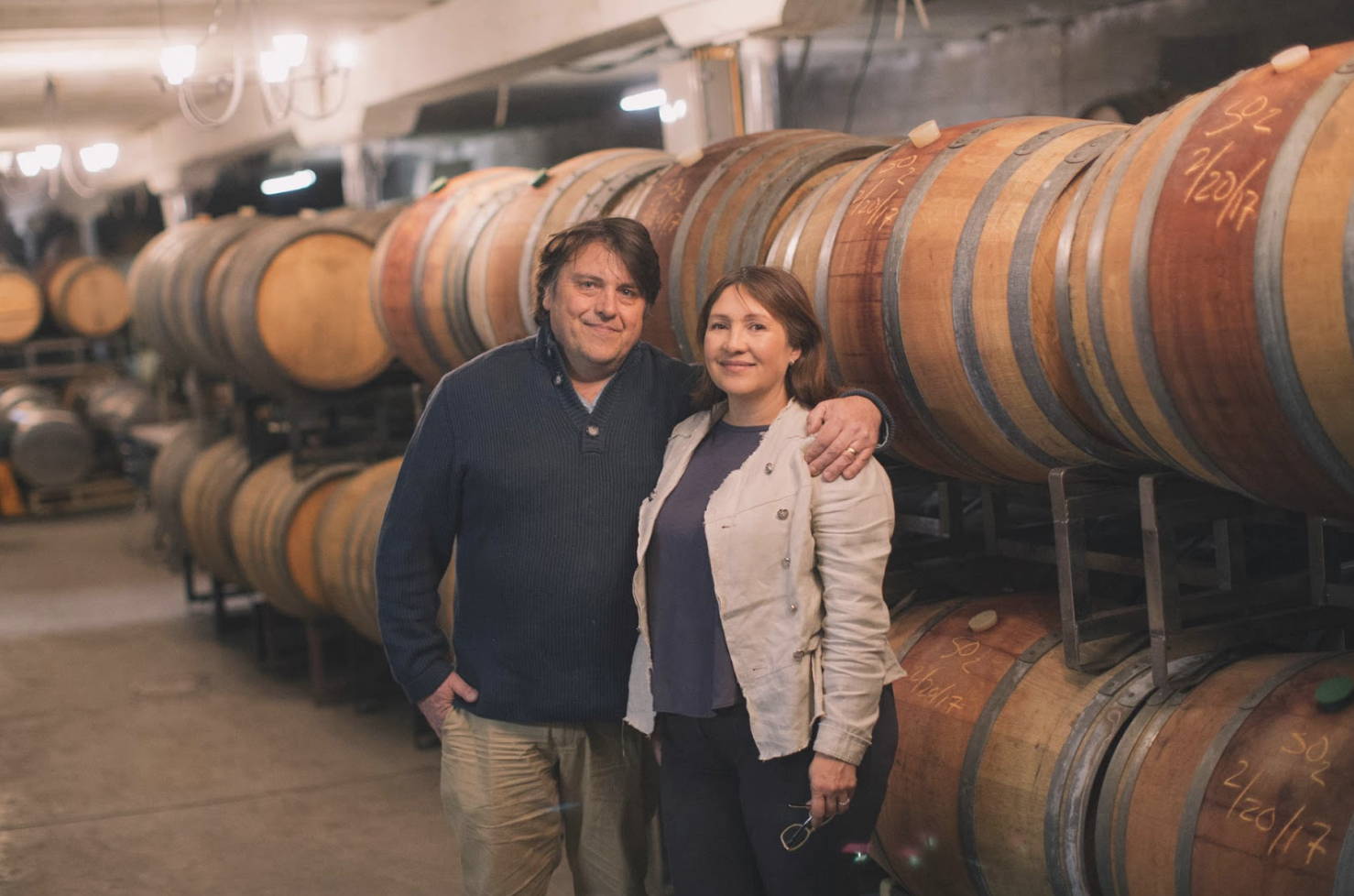 His first harvest outside the family vineyard was at the world-renowned “second growth” Bordeaux estate, Cos d’Estournel. Not too shabby for a first gig! Things took a surprising turn from there when he agreed to work for a French négociant on a winery in West Texas (where he met his wife Lisa), which in turn, led to another estate project in North Carolina.

Not ready to settle in one location, Lisa and Morten decided it was time for another change and headed to the Finger Lakes region of New York, where he was offered the chief winemaker position for the region’s pioneering winemaker (of high quality wines), Dr. Konstantin.

Finally ready to venture out on their own, and feeling confident that the Finger Lakes would provide them with the opportunity to make a name for themselves, Lisa and Morten established Ravines Winery in 2001. As is often the case, it was all about timing. They had the opportunity to invest in a 17-acre parcel of land on the steep eastern slopes of Keuka Lake, between two deep ravines - creating the perfect terroir for the complex, table-worthy wines Morten had in mind. 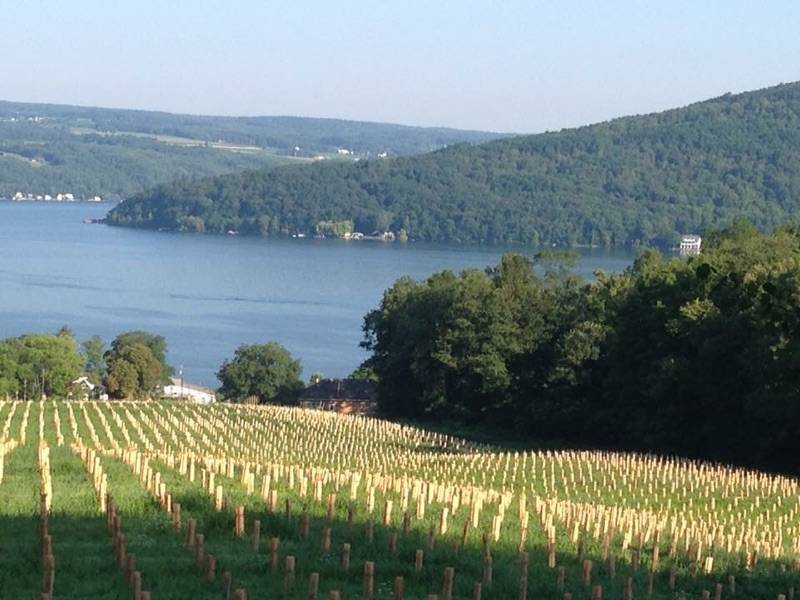 Interestingly, the neighboring community wasn’t used to the dry style of riesling that Lisa and Morten set out to perfect - meaning there wasn’t exactly a line out the door when they opened their first tasting room. Undeterred, Lisa packed up the car and headed to Manhattan, where she quickly won over the sommelier crowd of the city’s best restaurants. And it wasn’t just sommeliers that took notice of their great wines. Their “Dry Riesling” immediately won 2003 Best Dry Riesling in the World Riesling Cup, establishing Ravines as a destination worthy winery, and a rare gem in the region. Soon after, journalists took note and restaurants around the country came calling. 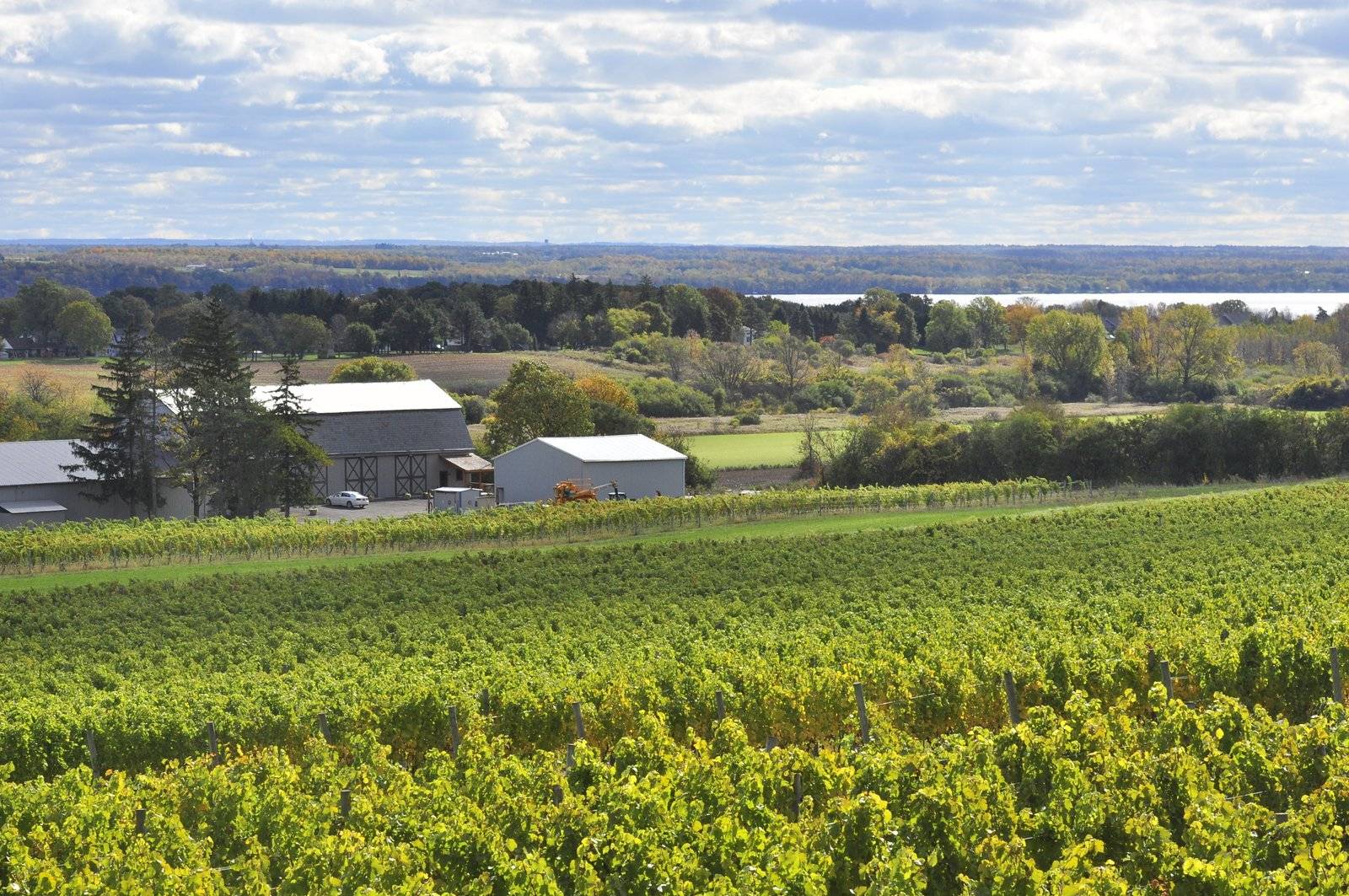 “Finger Lakes is a truly unique wine region with extraordinary opportunities and challenges. Because of its cool-climate nature, vinifera grape growing is confined to a narrow band around each lake, which means it will always remain small in terms of wine production. This places Ravines in the extremely fortunate position of having selected the top vineyard sites 20 years ago, ones that they’ve been able to learn from, experiment with, and perfect with each passing year…

The Ravines approach has been and will remain to pursue ‘transparent Winemaking.’ Aiming to grow the highest quality grapes possible while remaining good stewards of the land. Sustainable practices that limit erosion and maintain excellent vine-balance, with an eye towards organic practices, are always the goal. Thankfully, the Finger Lakes always provides a firm acidic backbone to Ravines wines, along with bright, pure, intense aromatics, producing wines that emerge with intensity, distinctiveness and a sense of place.” 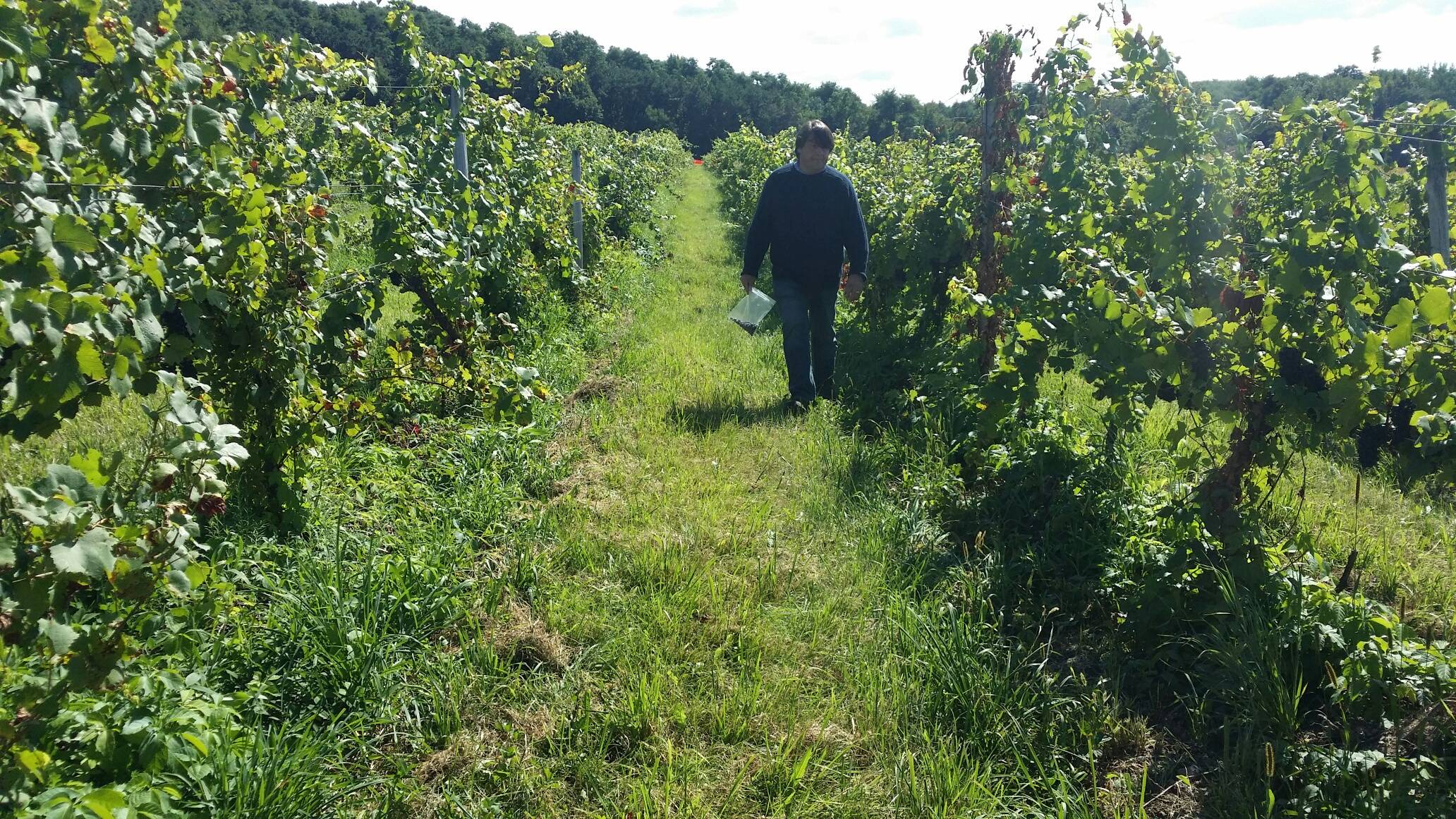