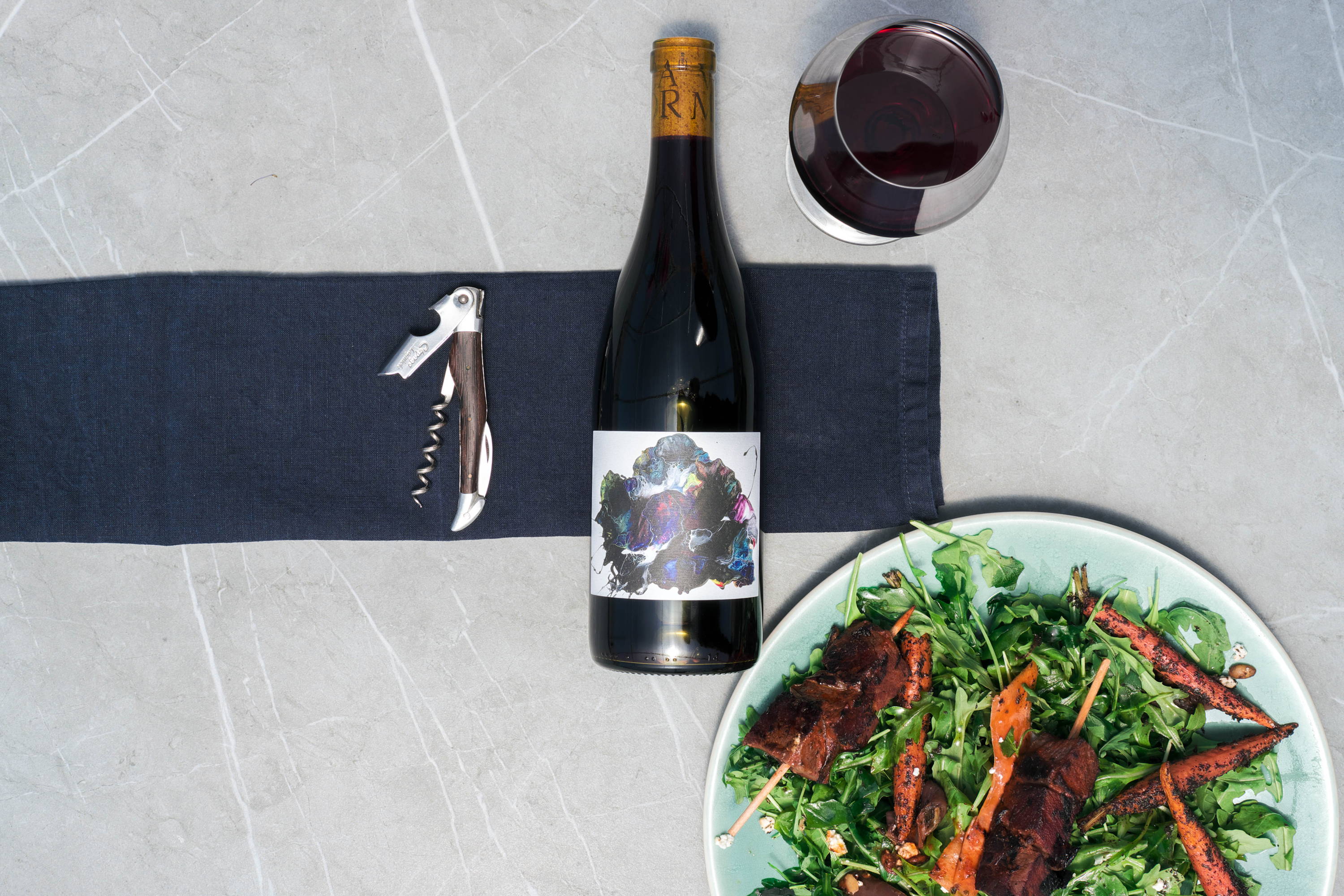 As a kid growing up in Marin County, there was one sight that never failed to put a smile on my face - a perfectly ripe wild blackberry bush just waiting to be picked. Perhaps it was a safer time, but I loved exploring the fire roads in the hills behind our house for hours on end. It was something about the uninterrupted view of nature, the smell of wildflowers and a hint of dust in the air, and of course, I couldn't wait for the wild and brambly taste of the world’s most perfect afternoon snack - a handful of blackberries that were certain to stain my fingertips for days to come. If the blackberries were in bloom, it must be summer vacation.

When I first discovered this field blend of Carignan, Zinfandel, and Petite Sirah, I was immediately taken back to that image of summers in Marin. The aromas of forest floor and wild blackberries from my childhood were taken to a sophisticated new level with the addition of black and tea and dried herbs lingering on the finish of every sip. It felt like the perfect wine to share with you for our summer collection and I think it would pair perfectly with: 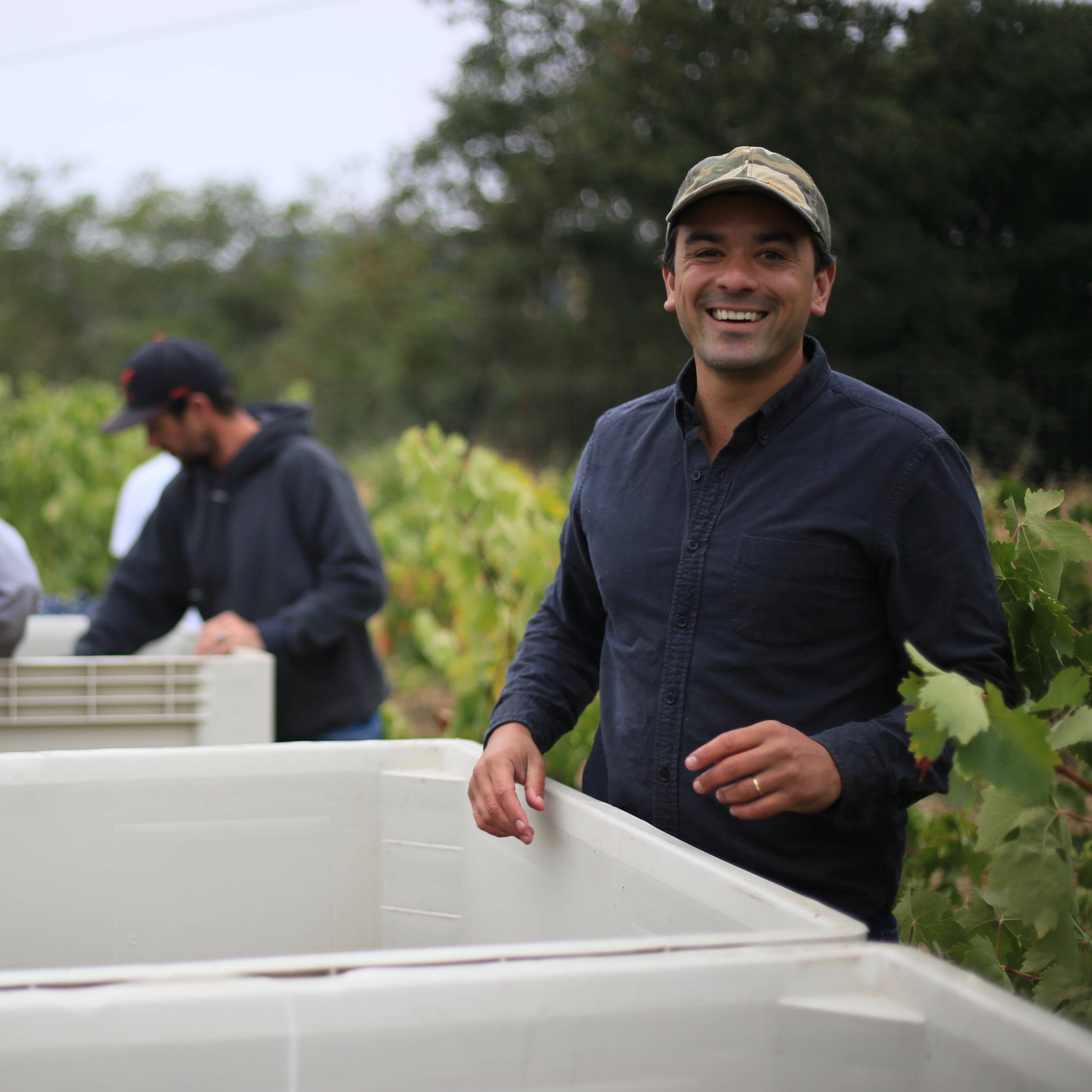 “To plant a vine is a concession to establishing roots. Through time and stasis, roots develop a system and strength within the earth, entrenching an identity and place of permanence.”

Jason’s story is the story of one man’s search for the ideal path in life. Is a life best spent exploring the unknown, or setting your roots in a community to see just how deep they can go?

After a childhood spent in small-town Michigan, Jason flew the coup in search of discovery and new perspectives as soon as the opportunity arose. He found himself teaching English in Spain in his early twenties - a period he looks back on fondly for the long evenings full of local tapas and wines, heartwarming crowds, and meals uninterrupted by the setting or rising sun.

“There I was, sitting at the table at 10 pm and drinking someone’s uncle's wines from the countryside. (What I really related to was) the idea of the story. The wine took on new meaning. It all seemed so real in a new way. This is the life I want to live. It felt right.”

His time in Spain led him to pursue a career in photojournalism. With his camera lens as his vehicle, he explored the countryside of Spain and eventually crossed the Atlantic to Mexico. As is often the case with the traveling artists, he eventually found himself in Manhattan both waiting on tables, and for the next photography “gig.” Luckily for Jason, the image of the “starving artist” waiting tables typically leaves out one crucial aspect of the waiter setup… great wines are all around the restaurant world, and there are plenty of opportunities to taste the goods.

As days turned into months in New York, he started getting more and more excited about the wines he was tasting and the stories behind these winemakers he was meeting from France. He’d have flashbacks to those long evenings at the table in Spain and felt there was something he was just starting to grasp that was somehow more culturally important than what he’d been chasing before.

In hopes of resolving this growing itch, Jason decided to visit California. And after just a few days of wandering through vineyards and cellars he realized his path in life had been leading him to making wine. Determined to finally set his roots, there was only one tiny question left - how to do it?

Fast forward to today, and Jason has learned the craft through working the vineyards of Napa and Bordeaux under the tutelage of others, and in Mendocino more recently, as the owner of his new venture, Vinca Minor wines.

It was after his year working the vineyards of France in 2013 that Jason returned home to California (and his wife). Priced out of Napa and Sonoma - and uninterested in making Cabernet anyway - he was thrilled to hear about all the old vineyards up in Ukiah and Northern California.

“Working in Napa we were working with young vineyards that were hooked up to water. That gives you tons of control. You know when you want to pick. Then you add acid. You make a grape in the winery. Producers liked that process. There is an ego involved in making that perfect wine and having full control over that. I had no interest in that though - I fell in love with the history of the vineyard, the characters that I met up in Mendocino farming. This was just another fruit for them… They have old vine Carignane. 85-year-old vines. Old school growers, no technology no chemicals. Simple but beautiful. It took me back to those nights in Barcelona. Everything felt simple and beautiful and poetic.” 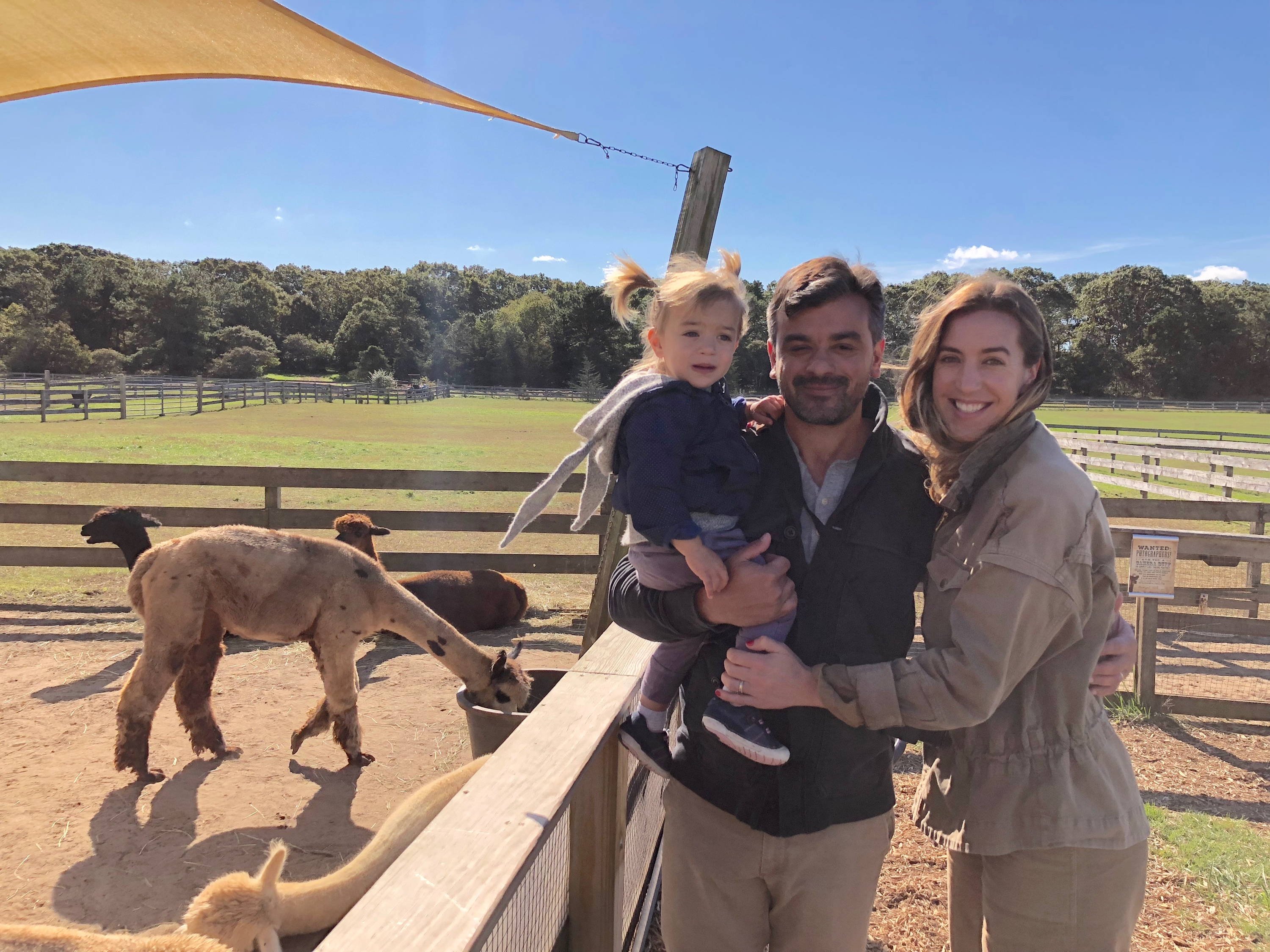 For a man who set off from Michigan with no interest in laying down roots ever again, he found himself fascinated and satisfied by doing just that in his new home of California. In addition to adoring the old vines of northern California, he’s nurtured a different set of roots in the East Bay with his wife and their new child. Not one to be bored or complacent, they are deep in the midst of their latest project, a brand new winery facility and tasting room in Berkeley.

So, if you find yourself in Berkeley, and you’re up for a great glass of wine and some even better company, stop in and say hello! You can chat about world travels and adventure, photography and art, or simply enjoy the camaraderie and comfort of a shared bottle of wine around the table.