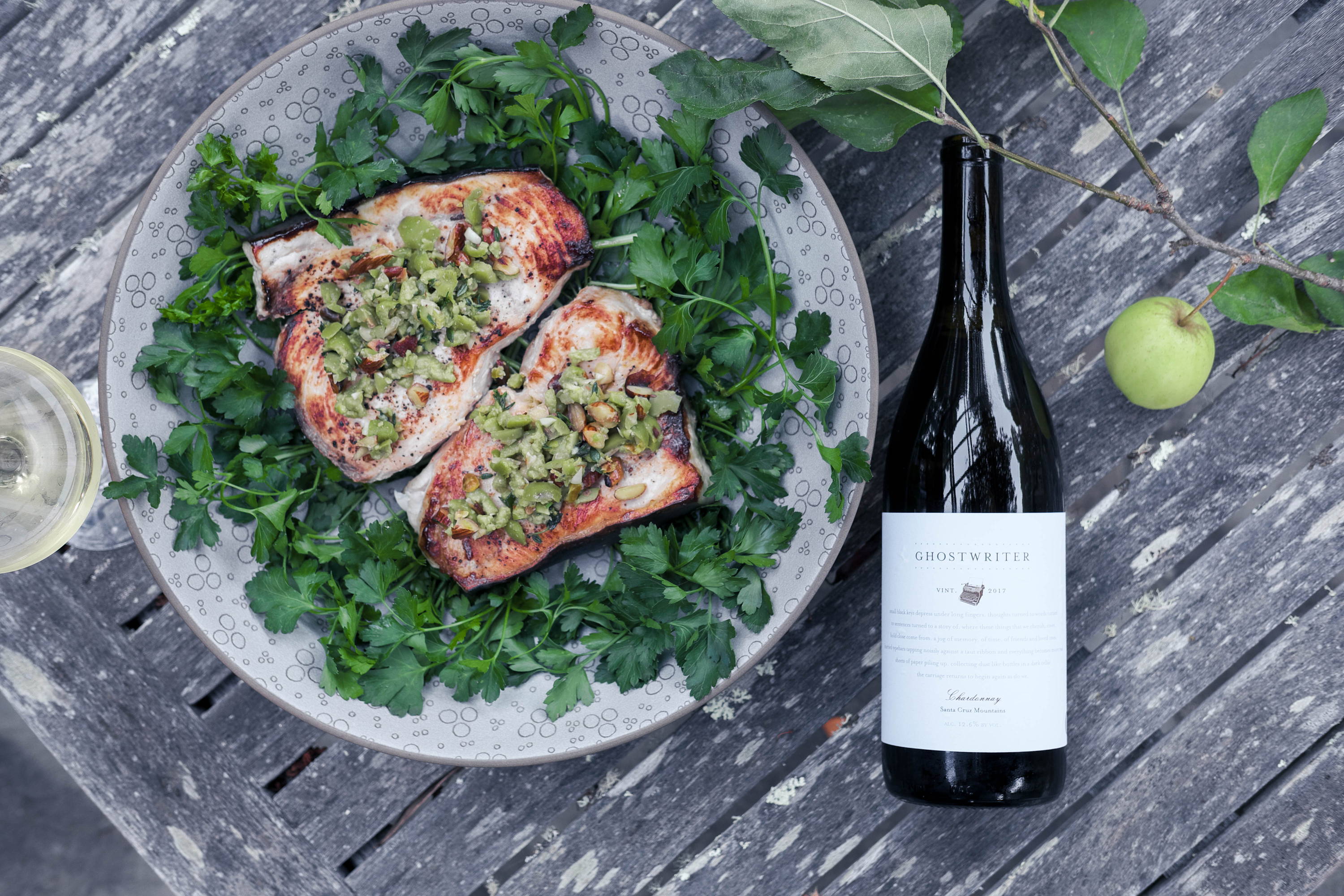 The Hollywood coast is full of sunshine, palm trees, and women swimming in bikinis. Sure, that scene exists, but is it the best of what California has to offer?

That’s not the coast I know and love. The coastline I know is foggy and wild. The geography is unpredictable and it smells of sea spray and neighboring forests. It’s complex, sophisticated, and never ceases to impress me.

This wine is the real California coast.

It’s not dumbed down or oversimplified to appeal to the masses like those buttery, oaky Chardonnays you’ve tasted before. It’s cool climate Santa Cruz mountains done right - smooth at first and then increasingly lively and mineral with the evolution of each sip. Every taste offers complexity - preserved lemon, spearmint, fennel, almond, and that salty, earthy finish that I love so much. It’s a wine you could ponder, but that’s not what I recommend. As always, I say pop that cork, set the table, and settle in for a delicious evening.

Unfortunately, there are plenty of wineries that pay lip service to environmental issues without following through in practice. Terms like “sustainable,” “natural,” and “minimal intervention” aren’t easily defined and therefore, are easy to exploit. That said, if there was one winemaker to turn to in order to see how truly environmentally friendly wines are made, that person would be Kenny Likitprakong. 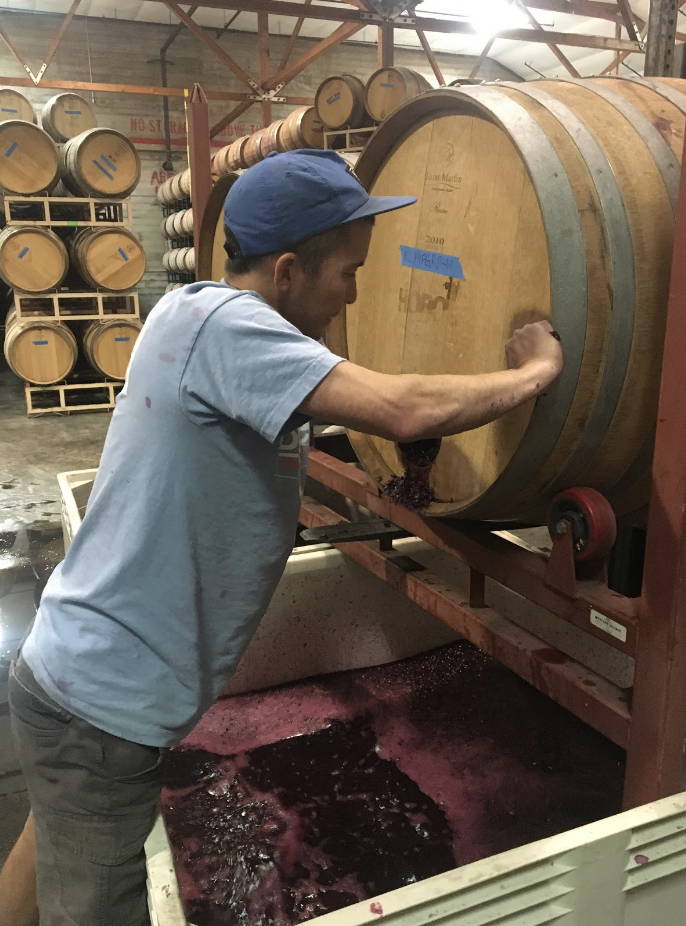 “I harvested the first Ghostwriter vintage in 2008. I wanted to champion a largely misunderstood appellation and produce a wine that no longer existed in California.”

Alex: You are quite dedicated to being environmentally friendly at every step of the winemaking process. Can you tell me a little more about that?

Kenny: Aside from wine quality and providing a stable, successful environment for the people we work with, our top priority is to be as conscious of our carbon footprint and environmental consequences as possible. All of the vineyards that we farm are organically farmed and over 80% of our total grapes whether farmed or sourced are organically farmed. Our winery is enrolled in Sonoma County’s Evergreen energy program meaning 100% of our power is coming from sustainable renewable sources which in our case largely means geyser power from Northern Sonoma County. We have also adjusted our winemaking and grape growing to use a minimum of water. The packaging is a big part of a wine’s carbon footprint. About 20% of our total production is packaged in kegs. Though kegs have their own carbon footprint, each keg saves 26 bottles and all the associated packaging resulting in a net loss of waste. We use all lightweight antique green glass for our bottles so less glass, less petrol for transport, and more recyclable. Our labels are all printed on 100% post-consumer recycled paper using HP green inks. We don’t use capsules, and we have recently converted all of our wines to Diam (in some cases, Diam’s Origine which used plant-based glue and beeswax) to eliminate corked bottles and that as a waste source. Finally, we are a member of 1% for the Planet across our whole company, not just one brand, and donate 1% of our gross revenue to non-profits that do environmental work. 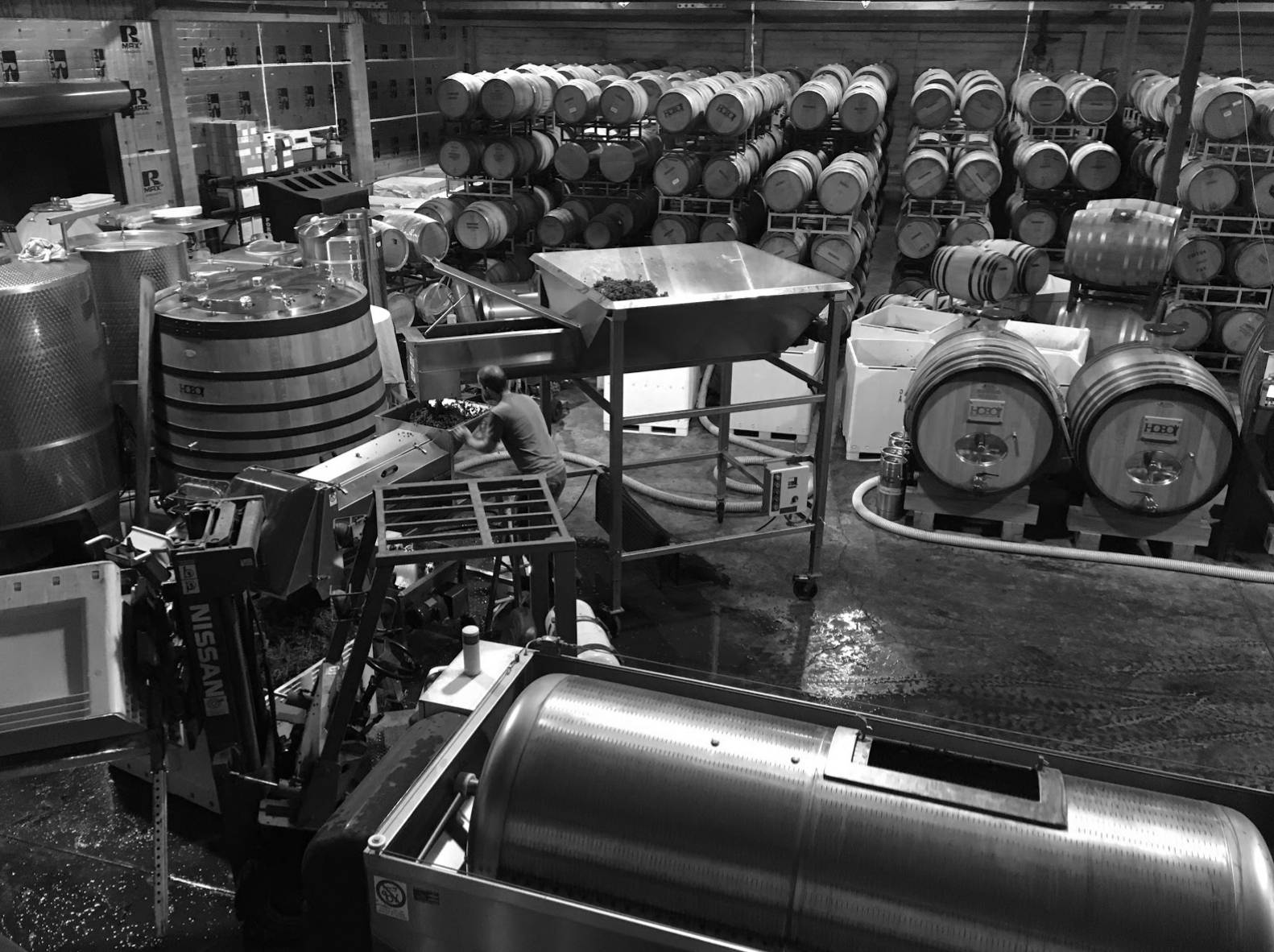 A: Are there specific practices you wish other winemakers would adopt?

K: I would like the winery industry to be more conscious and self-aware of the impact our industry has on the environment and how even small efforts are worthwhile and consequential.

A: What can consumers look for or ask about when selecting wines from producers that are "sustainable" in their practices?

K: In some cases, certifications, but this is tricky. Our wines do not have certifications. In many cases, though 80+% of our vineyards are organic, many of our wines are not 100% from organically certified vineyards which means we can’t make any mention of it on a label. Like anything, consumers are faced with the responsibility of asking questions and doing research. Wine is already so counterintuitive from a consumer viewpoint. I hope to work on this in the coming years and be more transparent ourselves about what we are doing and how to transmit that information. 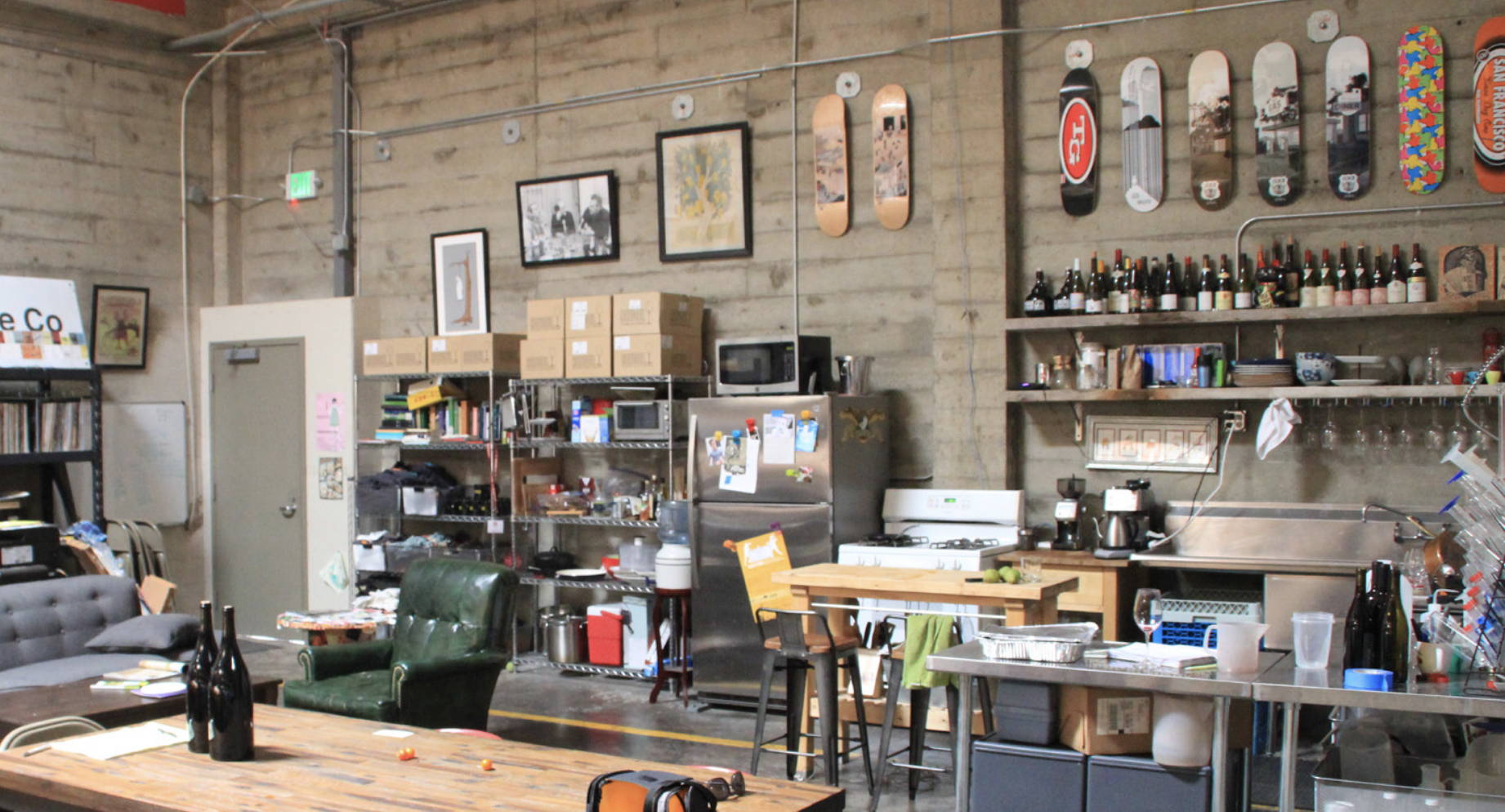 A: Can you tell us your story, from college surfer to esteemed winemaker?

K: As it goes, I graduated from UC Davis in 2001 and found my first winemaking job at Hallcrest Vineyards, a very small winery in the Santa Cruz Mountains that dates back to 1941. All of my classmates headed to Napa, but surf and the sort of underdog, underrated, unexplored charm of the Santa Cruz Mountains led me there. Grape growing and winemaking in the Santa Cruz Mountains was, for the most part, a cottage industry. Every vineyard owner we worked with had another full-time job and many of the wineries in the region were run as part-time or even weekend operations. Coupled with extreme and diverse micro-climates and growing conditions, long driving times between vineyards and wineries, and the DIY nature that the area fosters, a culture of individuals and an appellation that struggles with identity evolved.

When I arrived in Santa Cruz, Pinot Noirs from the Santa Lucia Highlands were beginning to receive rave reviews from powerful publications, winemaking stars were rising, and wines were being elevated to “cult” status. As a very young winemaker, ambitious to succeed and be recognized, I jumped on the bandwagon along with many others to produce that style of wine hoping to garner the same kind of results. By employing all of the ammunition and confidence that I had stockpiled at Davis, I tried to make big, robust, powerful wines from sites that couldn’t accumulate the sugar or the heaviness. Of course, I failed. Either nature didn’t allow it and I made light, finessed wines that I was disappointed in or big clunky wines that were awkward. After the 2004 vintage, I gave up and moved to the Russian River Valley.

In Sonoma County, I worked with successful people, nationally recognized brands and had a part in celebrated wines. I was living and working in an appellation that was famous for its vineyards and wineries and Pinot Noir. When the enchantment wore off, I began to realize that I had missed my opportunity. I spent 4 years trying to defy one of the strongest, most definitive and elegant terroirs in California and I was regretting it. Serendipitously, in 2007 as I was becoming more discontent, Barbara and Pete Woodruff came to visit. I had worked with them from 2001-2004. Now, they had unsold grapes and wanted to get away from the farming of the vineyard. Was there any way that I could help? 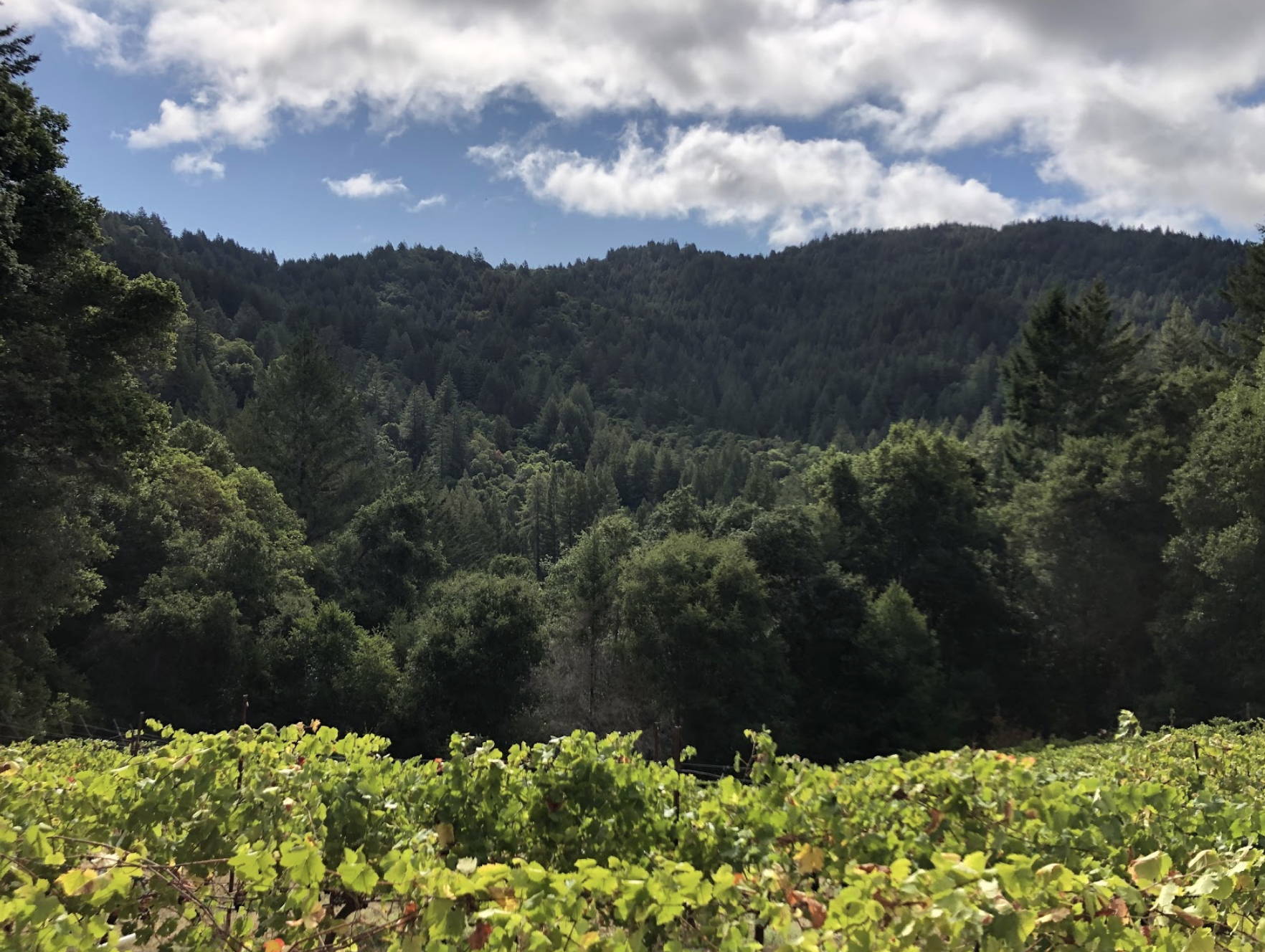 I didn’t admit to myself what I was getting into. I bought a small amount of grapes from them in 2008 and agreed to take over the farming in 2009. A plan to fold together the Woodruff Vineyard and Aptos Creek, which I had been loosely connected with since 2001, create a brand, and produce the wines that had eluded me on my first go around in the Santa Cruz Mountains began to play out.

In 2008, The Ghostwriter launched with Woodruff Family Vineyard and Aptos Creek Vineyard Pinot Noirs and a Santa Cruz Mountains Chardonnay. The Ghostwriter is about Santa Cruz and it’s many terroirs, old heritage vineyards, and the light, acid-driven, pretty, perfumey style of wine that it is capable of. “Ghostwriter” is a way of saying that the wine and the winemaker are in a sense telling a story that is not entirely their own. The subjects of the story are the sites, the vines, and the vintage and as the winemaker, my part is simply to relay the story and insert myself as little as possible.

In 2010, I reconnected with Steve Remde and added Belle Farms to the Ghostwriter line-up. In 2011, we took over the farming of the all but forgotten and dismissed Amaya Ridge Vineyard, a windfall after years, going back to the Hallcrest days, of wanting to work with the site. In 2012 we built on our relationship with Steve Remde and began working with his Smith Road vineyard. In 2013, Val and Dexter Alhgren, pioneers of the Santa Cruz Mountains and friends since my first Santa Cruz days, retired from making wine, and asked me to take over the farming of their estate vineyard. I also took over the part of Bates Ranch that they had been working with since 1976 and produced the Ghostwriter’s first Cabernet Sauvignon.

The poems on the labels are an attempt to relate to what is inside the bottles, express the sensibility that I am trying to achieve, and acknowledge how important these wines are to me.