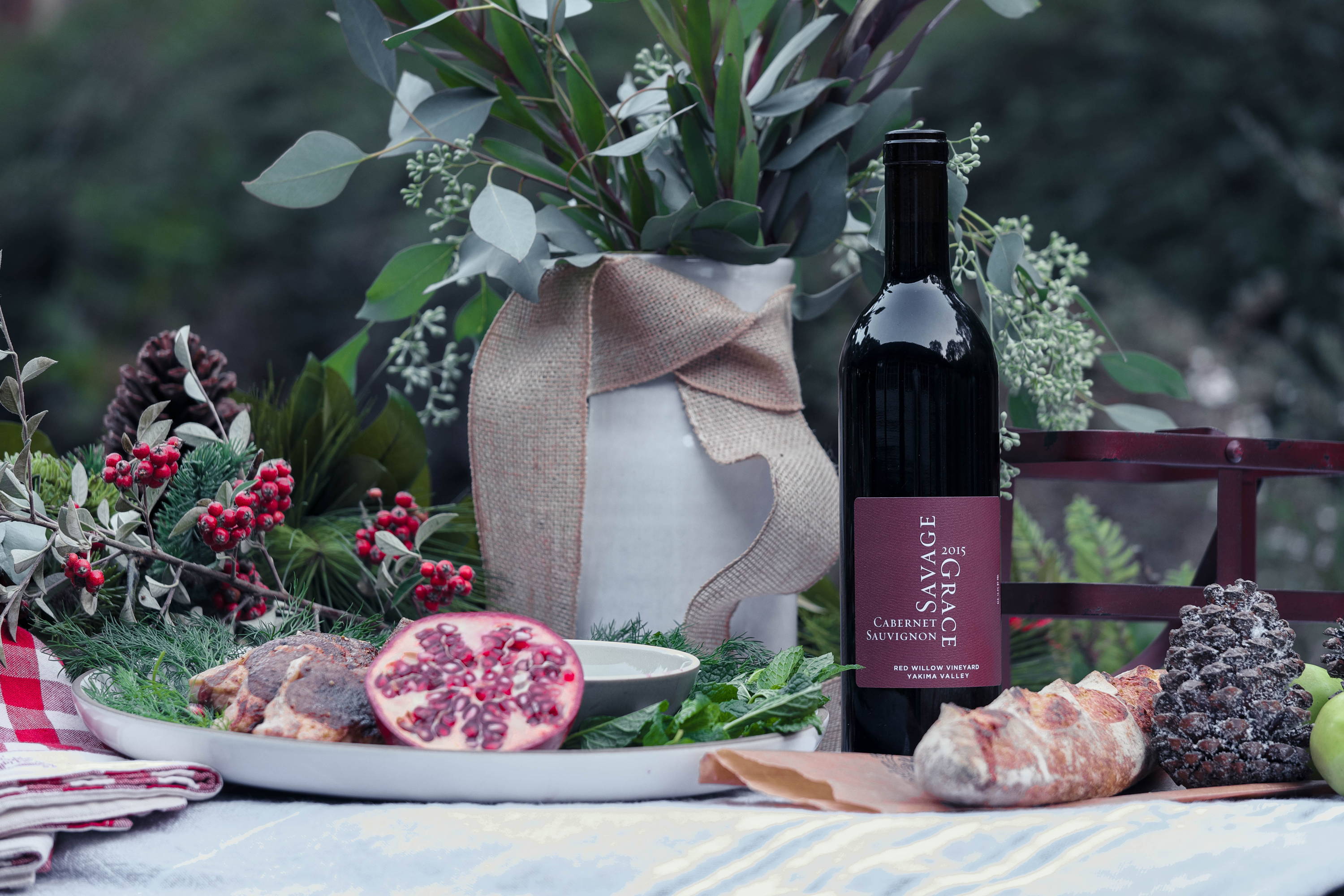 Ah December, the time for holiday festivities, traveling home to see family, and for many of us, a chance to sneak in an evening with your childhood friends. Every year, my group of gals tend to gather around Christmas time. It’s always a potluck of delicious dishes, a ridiculous white elephant gift exchange, and most importantly, tons of wine to fuel our laughter-filled night of chat.

I’m sure for many groups of friends the type of wine (or alcohol, for that matter) doesn’t matter, but I’d argue that a yearly gathering of childhood friends calls for a bottle that’s downright delicious. I don’t want something serious to study. I want a wine that’s thoughtfully nurtured, well balanced, and as soul-soothing as those lifelong friendships themselves.

Just like with your kindergarten BFF, your relationship with Cabernet Sauvignon may have fluctuated over the years. There have probably been great years of joy, and perhaps a few disappointments, but it’s time to forget those disagreeable and flashy “California Cabs” of the 90s and early 2000s. Let me introduce you to this perfectly nuanced style from Washington with vibrant red fruit flavors, like cassis, mulberries, and raspberries, married with a dusty earthiness and velvety smooth tannins. With no hard edges or flashy additions, it feels both timeless and aged in all the right ways. 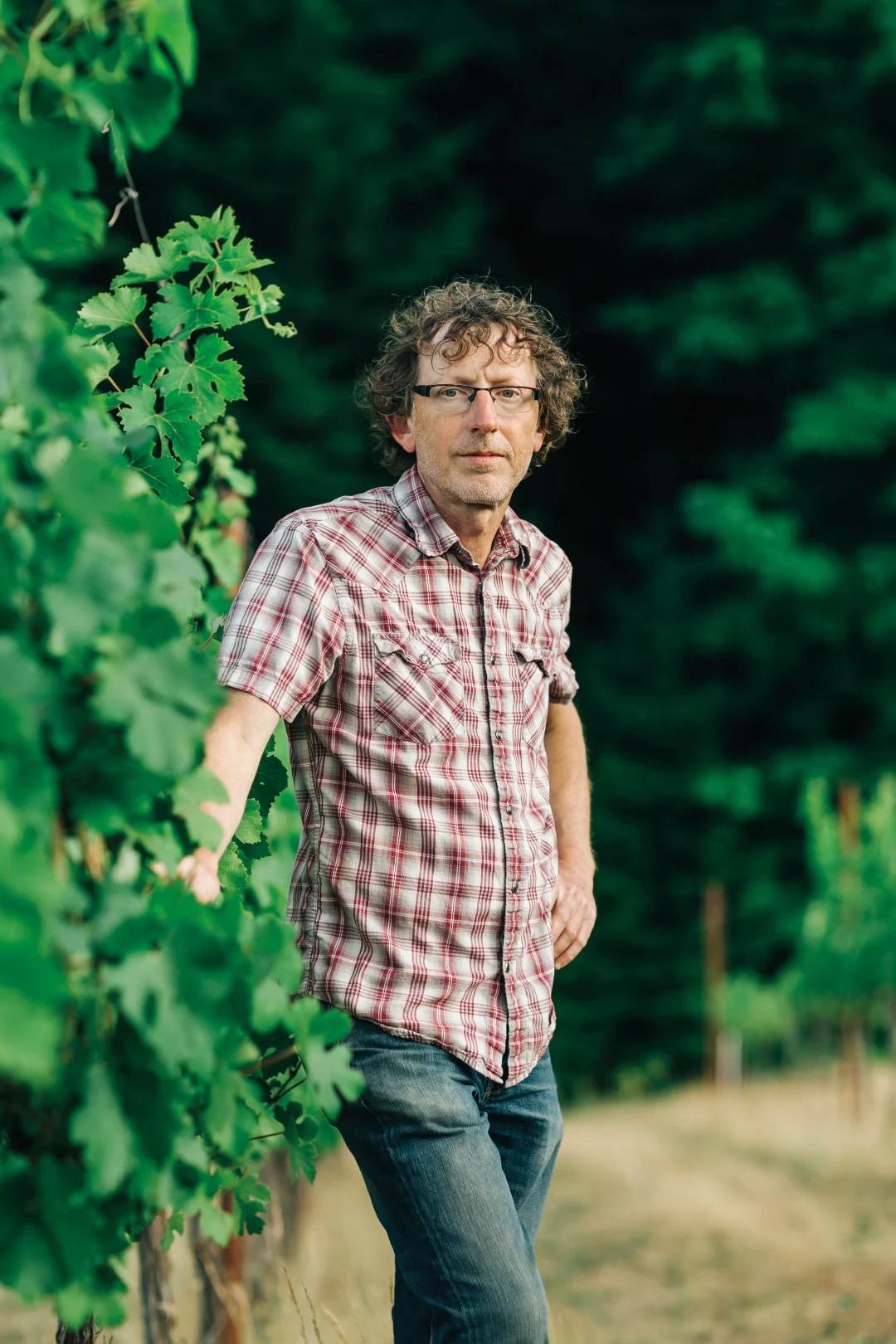 Michael Savage established Savage Grace Wines in 2011 with a debut vintage of Cabernet Franc. His goal? To make “Old World style” lower-alcohol, balanced, and expressive wines. He’s a strong believer in low-intervention winemaking and aims to find a balance between the grape, the vineyard, and the vintage in every bottle.

What’s with the name?

According to Michael, “Savage echoes the struggle of the grape to withstand the stress of ripening, along with making wine that is true to the grape, site, and vintage. Grace, also his wife’s name, is symbolizing what he hopes to achieve as the end result is a wine that is delicate, balanced, approachable yet expressive.”

I discovered Michael’s wines last year and immediately fell in love with each bottle I tasted. The question wasn’t, “Should I feature his wines in a future collection?” but “Which one of these incredible wines should I choose?” 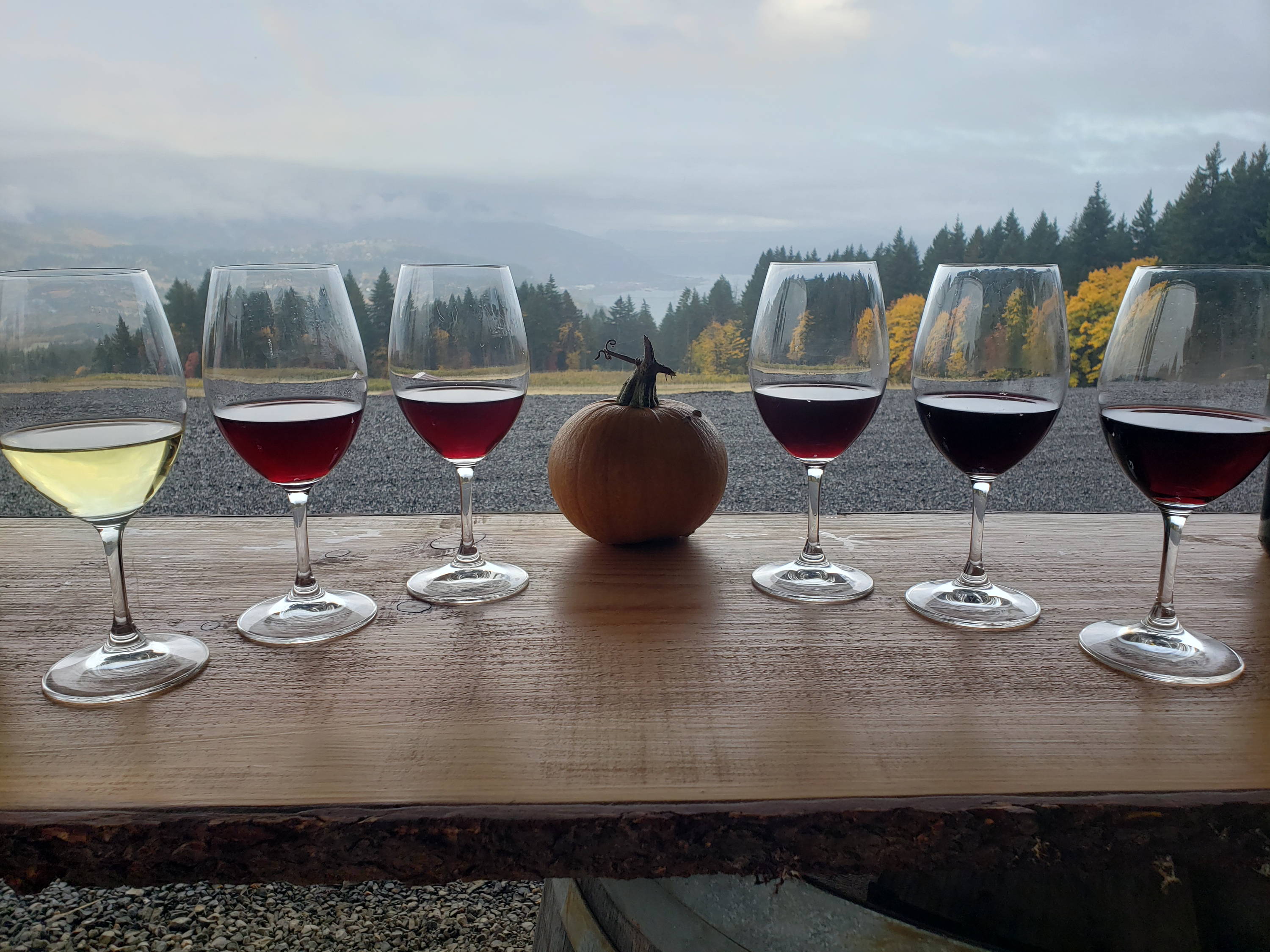 After that initial tasting with Michael last year, I had the pleasure of checking in with him recently:

A: You were a musician before becoming a winemaker - how does your artistic background influence your approach to wine? As a former professional ballet dancer, I love exploring the interplay between art and wine.

M: As a musician, I feel like I really learned the value of authenticity and highlighting the humanity of the performer or performance. It’s almost like it’s the imperfections that make us each interesting and so, as I see wine and music as very similar, those are the aspects that should be embraced, rather than trying to create the perfect wine.

This is what I'm striving for in wine, not perfection at all, but identity and individuality. Our single-vineyard / single-varietal approach helps build this in and keeps us from over-working the wines and staying attentive to the unique qualities of the vineyard sites we work with. 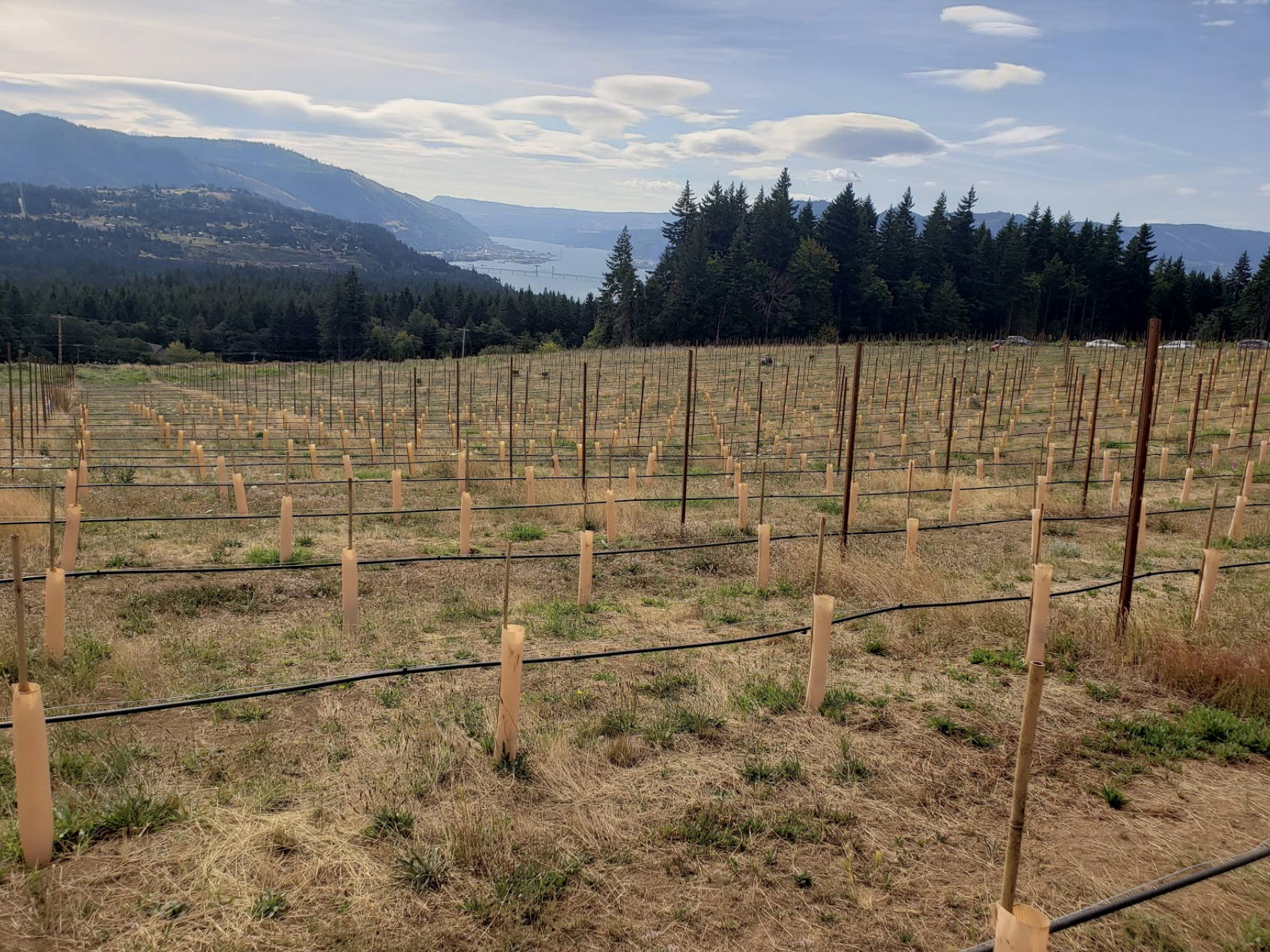 A: I've read that you are largely inspired by the winemakers of the Loire and Burgundy. Is that still true? What is it about their approach that influences your own style? Any specific producers you want to call out as role models?

M: Yes, I'm still very inspired by the Loire and Burgundy regions of winemaking. In a huge part, because of the grapes that grow so well there, from Sauvignon Blanc to Cabernet Franc, to Pinot Noir, Gamay, and Chardonnay. I especially love Sebastien David in the Loire and Jean Foillard in Beaujolais, as well as many producers in Sancerre and Chablis regions. In general, I find it bold and bare-bones winemaking that puts respect for terroir first.

A: Your wine is the first cabernet sauvignon that I've featured in my club! In large part, that's because there are so many high alcohol, overly "made-up" styles that have turned many younger consumers away from the variety. Do you find yourself defending/comparing your wine against current perceptions of what a Cab typically tastes like?

M: Yes, all the time! However, with each next year of the Cab Sauv, I feel like I am leaving those expectations for Cab Sauv behind. I think Red Willow vineyard is an exceptional site for Cabernet Sauvignon, because of the farming and the terroir. As I mentioned, each year that we've gotten the fruit I've tried to push our Cabernet Sauvignon into a more old-world European approach and how I feel like the Cab Sauv was in its earlier days at that site, where the ripeness and winemaking weren’t pushed too far. 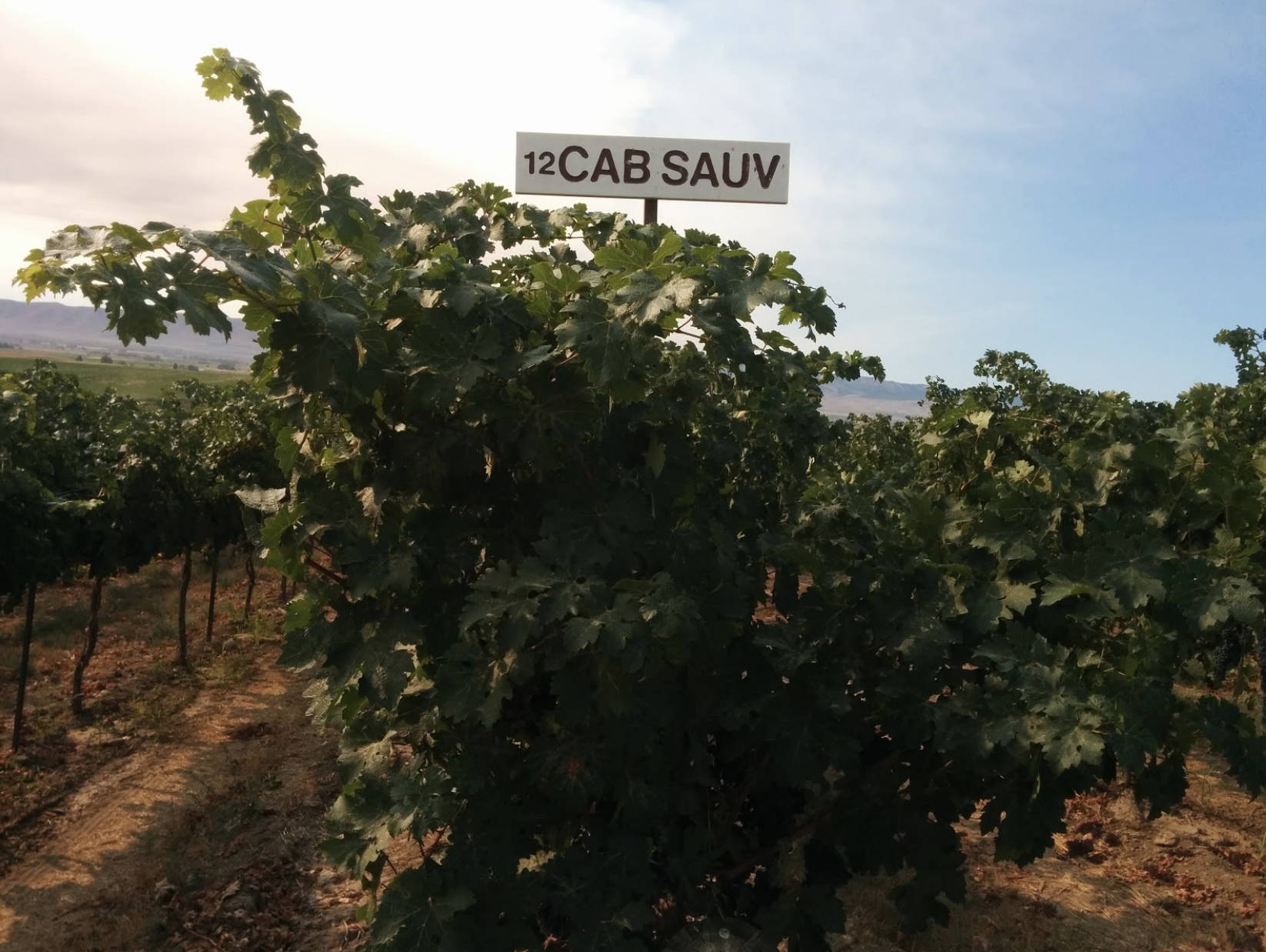 Alex: Do you mind describing your Cabernet Sauvignon for our community?

Michael: This Cabernet Sauvignon comes from Red Willow Vineyard in the Yakima Valley region of Washington state. The vineyard is one of the landmark vineyards in the state's wine history, beginning in 1971; and it worked closely with some of the most important producers in Washington's burgeoning wine industry throughout the 1970s and 1980s and to this day. Its unique location, 30 miles west of most Yakima Valley vineyards, surrounded by desert sage and cattle ranch, and at the foothills of the eastern edge of the Cascades, offers a very different terroir from other sites in Yakima. The elevation is 1,200 ft, the slope is SE-facing and the soils are sandy loam.

As far as adding Cab Sauv to my more Loire-focused winery, it did take some consideration. However, I knew a bit about the vineyard's long history with Cab Sauv and its association with David Lake, a Master of Wine from the UK who made some legendary, more Bordeaux-like, balanced, lower-alcohol Cab Sauvs from the vineyard in the early 1980s. I started thinking that my approach would be to try to bring the Cab Sauv into a leaner, more old-world style and trust that it would work out. I went in with an open mind but decided I would pick the grapes earlier each next vintage and see how the wine worked out. I am still doing that. Each year, I've discovered I like the wine better and better and that it doesn't need to match any typically Washington Cab Sauv-style and can just be an extension of my more Loire or Burgundian leanings as a winemaker.

I don't mind a little green-ness in Cab Sauv, as that's the varietal character, and I don't need to use hardly any new French Oak to frame the wine, but can instead feature the amazing red currant fruit, meatiness, and leather that comes from the fermentation of the grapes. Also, due to the site's warm days and cool nights, Cab Sauv ripens well there, but stills retains great natural acidity. Since we do all-natural fermentation, no adjustments on wines, this ensures we will have both density and brightness at the end.

This Cabernet Sauvignon, aged in all neutral French oak, offers flavors of vibrant red-fruit, like cassis, mulberries, and raspberries, along with an earthiness and silky smooth tannins. It was picked on 9/23/2015 and then whole-cluster grapes were de-stemmed and gently crushed into fermenters to begin fermentation. It was pressed at dryness and then aged in 90% neutral / 10% new French oak barrels and finally bottled unfiltered after 18 months. 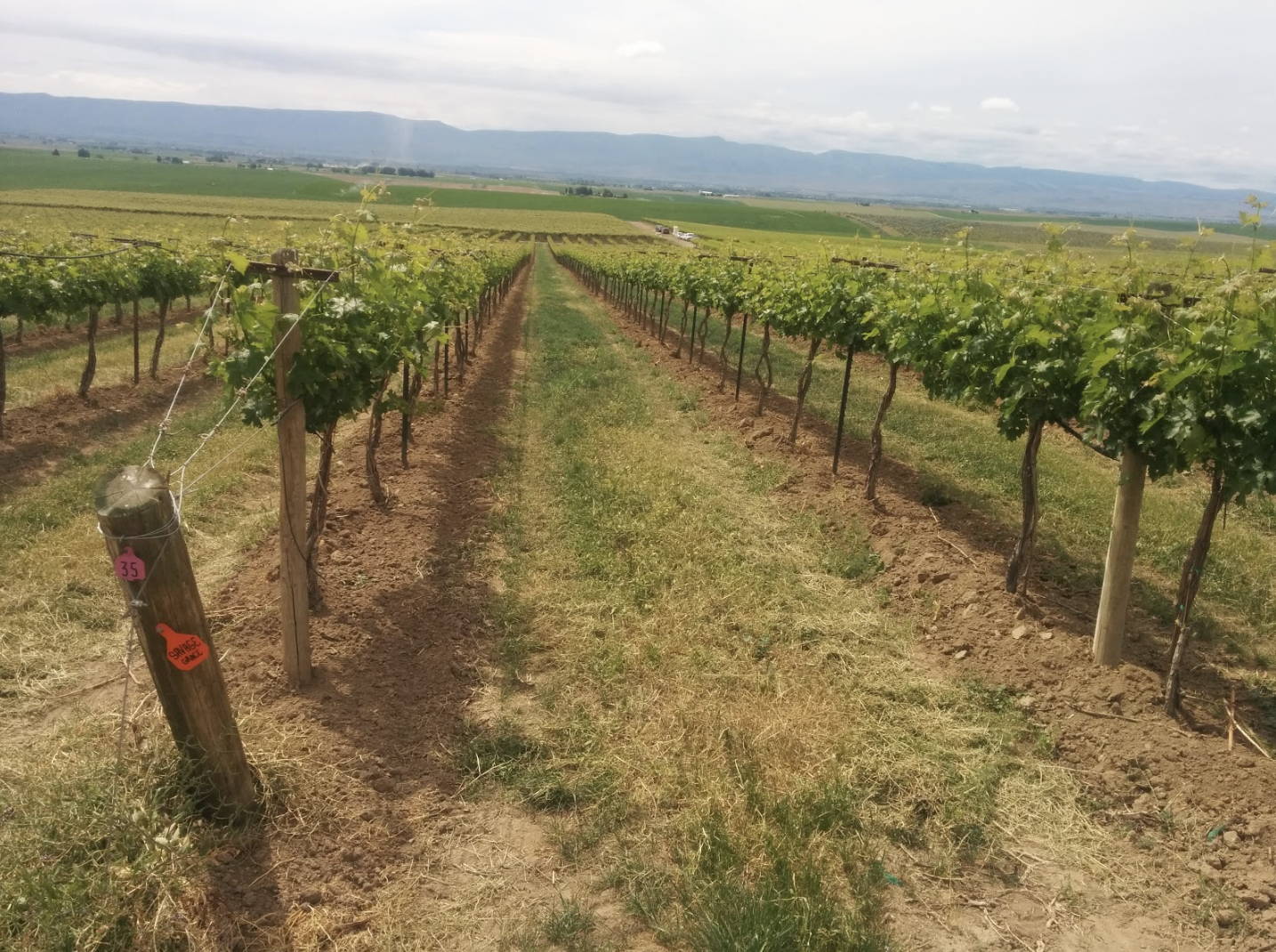