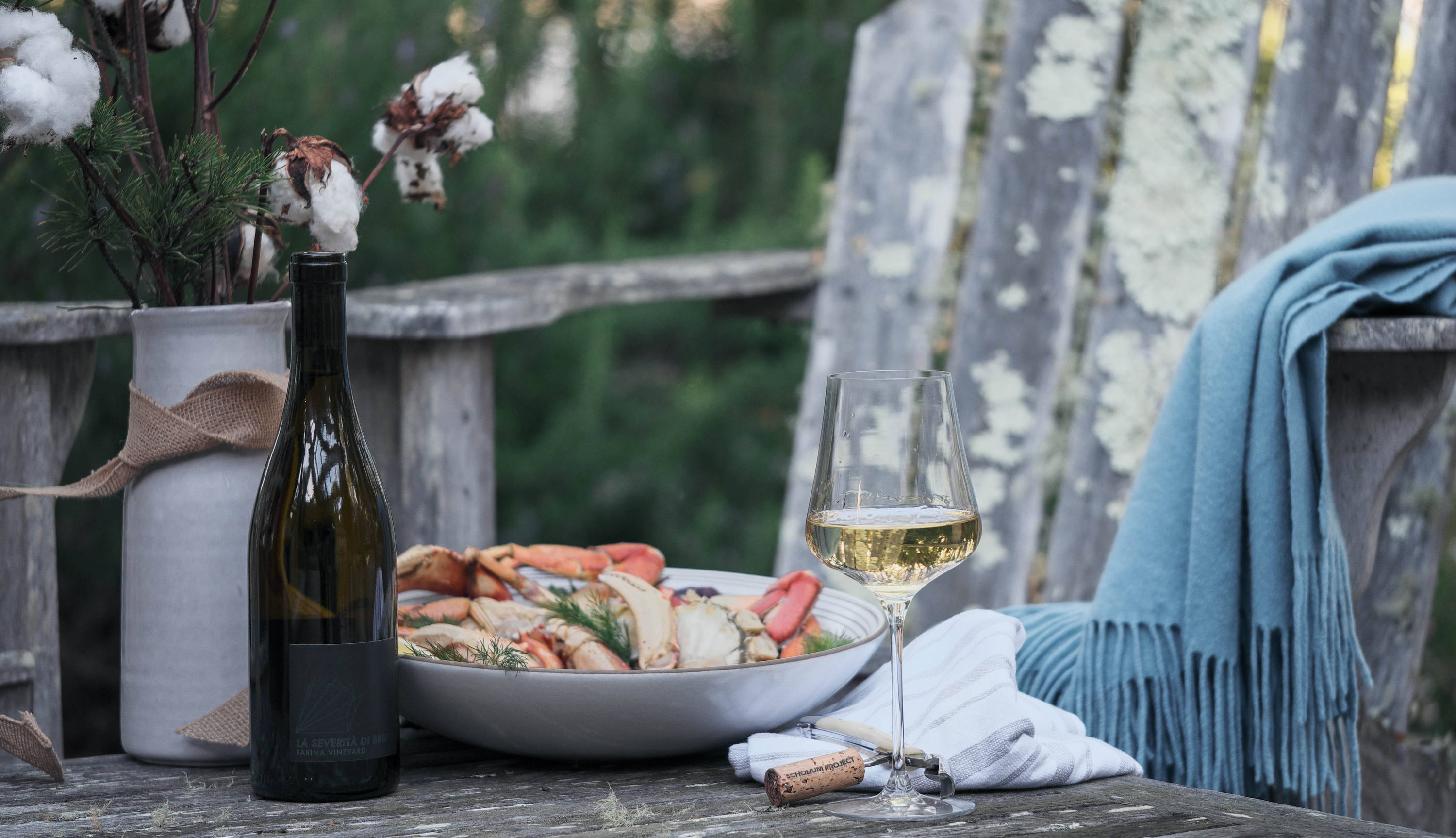 For as long as I can remember, my family has used the same menu every Christmas Eve - local Dungeness crab, spinach ravioli, and Caesar salad. There is something magical about that tradition - the familiar faces at the table, the scent of the Christmas tree and a fire in the fireplace in the background, the warm energy of the holidays in the air, and of course, the colors, aromas, and flavors of that once-a-year meal. Through the familiarity and consistency of it all, I can practically taste that freshly caught crab every time I hear Christmas carols (or dreaded Nutcracker music).

So it’s ironic that the winemaker whose elegant Sauvignon Blanc pairs perfectly with my image of tradition is notorious for experimentation and radicalism. Abe Schoener is a philosophy professor turned cult wine hero, who describes his approach to winemaking as the eternal student, constantly experimenting, purely to witness the result. Is it good? Is it bad? That's not what concerns him. In fact, he'd much rather you hate his experiment than think it's "okay." Love it or hate it, but please don't shrug!

Luckily for us, his "La Severita di Bruto" Sauvignon Blanc from Scholium Project falls squarely in the ‘love it’ category. It lures you in with a sense of modesty and simplicity, not revealing its complexity and sophistication until long after you've committed to the glass! With enticing aromas of lemon and almond, an initially creamy texture that leads the way to an exhilarating nervous energy, and finally, to a lingering lemony zing on the finish, it's a charmer that seems to be in on our little joke here. “To hell with tradition,” it seems to be saying, “I’m about to knock your socks off!” 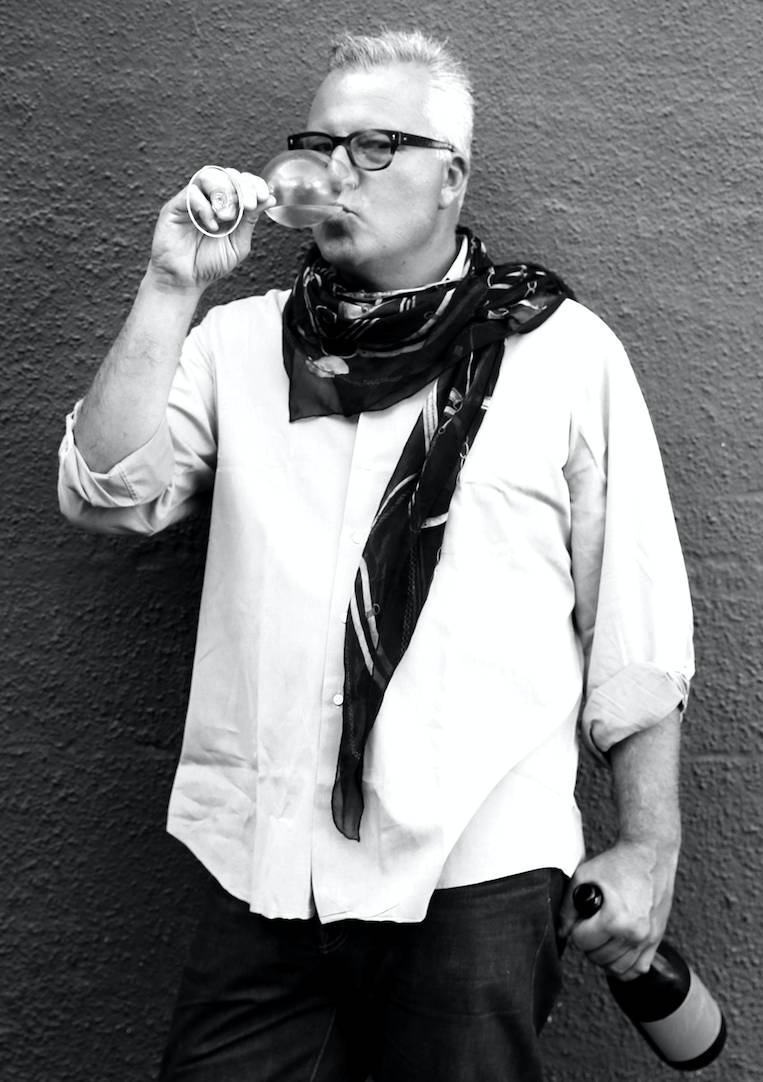 "We are small. Our hands, our feet, our minds are in the wine. We make wine from vineyards that are distinguished sometimes by being ignored. Our wine often does not resemble other wines, but we are not renegades. We are students. Our projects are not always experiments-- sometimes we know what we are doing-- but they are always acts of emulation, looking up at the work of others we admire."

As alluded to above, Abe Schoener has amassed a bit of a cult following over the years. While it may seem like every wine I feature is either natural or “nearly natural,” that certainly wasn’t the norm when Abe got started in the wine industry. He was the outlier producing “crazy wines” that either scared or excited consumers - sometimes both at once.

But it’s worth taking a step back to explain how Abe went from professor to intern, from intern to novice winemaker, and from novice to cult following. On what was meant to be a year-long sabbatical from St. John’s University, Abe showed up in California with his now ex-wife without a clear plan of what to do. With no winemaking skills under his belt, and frankly no intention of getting into wine, he seemingly fell into the industry after an evening with the legendary winemaker, John Kongsgard. Apparently, John’s children were interested in attending St. John’s, so Abe was invited over for the evening to chat about the school. But as things wound up, John and Abe hit it off from the start and eventually John ended up offering Abe an internship in the cellar of Luna. And so the professor became the student and a new chapter in his life began to take form.

Abe interned at Luna with John for a few years before eventually stepping out on his own with the Scholium Project. Ever the philosophy devotee, he named his project "Scholium," which comes from the Greek “scholion,” which shares the same root as "school, scholarship."

“It signifies a modest project, not a preeminent one, undertaken for the sake of learning, understanding– hence a commentary, an essay, a study.”

When Abe hit the ground running with this new project he was primarily focused on experimentation in the winery. He experimented with things like (grape) skin contact for white wines, no sulfur during fermentation - then tons of sulfur, crazy blends of rare varieties no one had heard of at the time, and so on. What’s important to note though, is that he wasn’t trying to mask what was naturally there in the grape or the vineyard, but rather, he was trying to see all the different angles of these pieces of art he was molding - not just the most familiar view. This is a completely different motive from winemakers that experiment to create a wine that’s manufactured to taste familiar and pleasant with chemicals and corrective techniques. 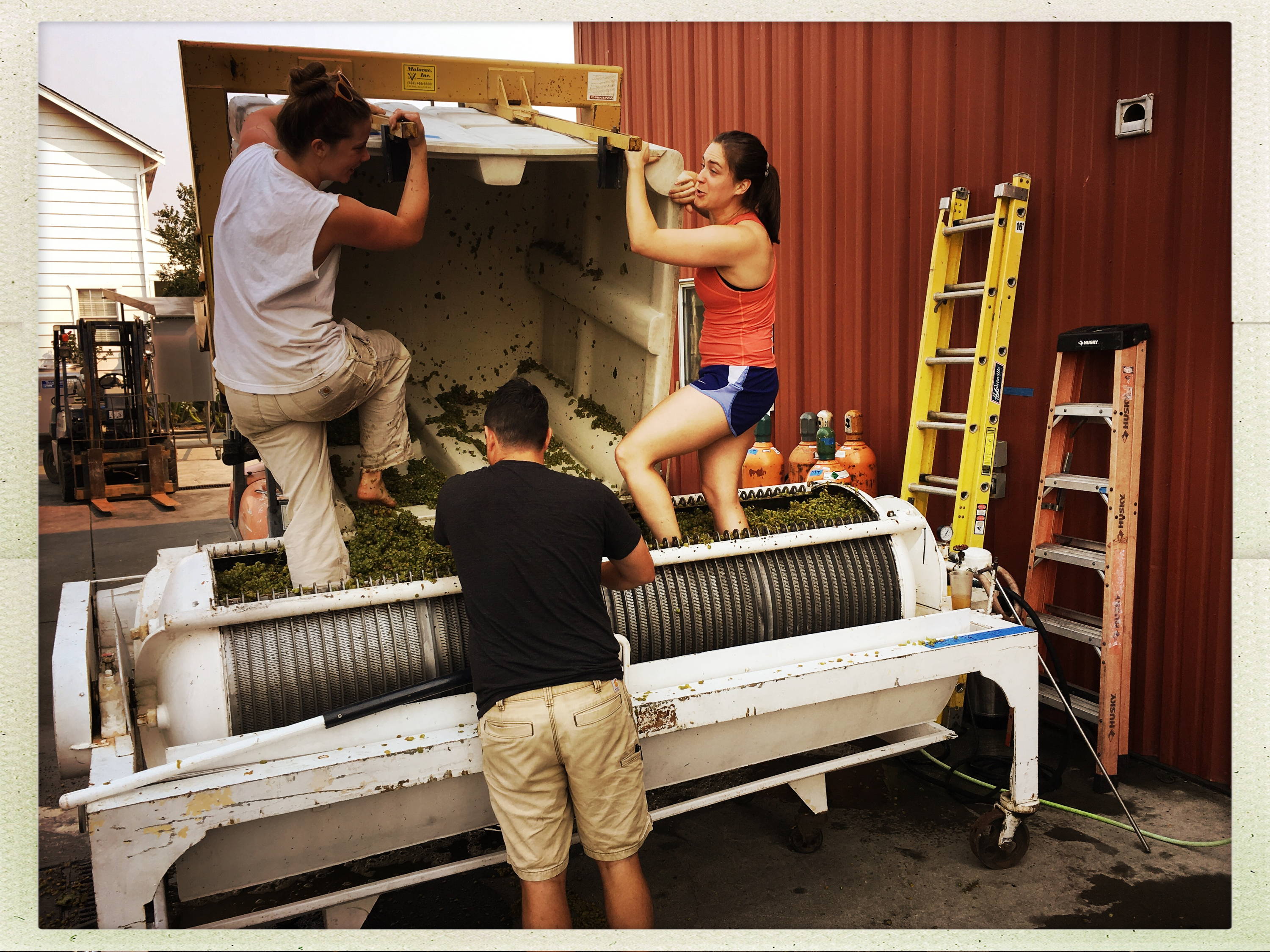 Put another way, there’s a difference between appreciating all the ways a tomato can be delicious - you can slice them raw and enjoy their freshest, most natural flavor, you can roast them into mouthwatering sweetness, or you can even grill or fry them. In each example, it’s still a pure tomato. Now compare that to those packets of ketchup you might find at a restaurant - there’s some tomato in there, but a whole lot of other stuff as well. Forgive the tangent, but I want to show that Abe has made a name for experimentation, but in a way that is respectful and natural, not likes wines that are manufactured with everything from “Mega Purple” to sawdust - it’s a significant difference and the reason why he’s become such a respected pioneer in the world of wine.

But even die-hard experimenters land on something they want to hold on to now and again, and that’s the Abe I met. He’s in a sort of consolidation phase of his craft, an acknowledgment of the need for some consistency, or at the very least, something closer to financial stability. “Everything is an experiment when you start out because you don’t know what you’re doing. Now we have wines that we like and we want to do again, but we’ll still experiment with them year to year on a smaller scale.” Some have even gone so far as to say that Abe has become the mainstream because his approach is so widely practiced and appreciated today.

What I’ve enjoyed most about meeting Abe and featuring this wine is that it challenges my assumptions about traditions. Abe has mastered the art of experimentation in a way that is so authentic, so passionately driven, and so honestly curious. He’s not throwing away the past to make a cheap buck or to trick the consumer. It seems that he’s searching for a broader range of honest possibility. Abe’s perspective to wine feels like the way many of us approach art. We aren’t disappointed in the museum if we haven’t loved every painting we walked by. Rather, we admire, we explore, and we wonder why each piece makes us feel the way it does. Why does this painting resonate with me, while that one simply isn’t my style? In comparison, why should wines be “one size fits all” when we allow ourselves to be open to exploration in other areas of our lives? And finally, in a world full of echo-chambers and reinforced opinions, it seems the least we can do to reach for a bottle we haven’t tried before, applaud the winemaker that wanted to offer you something both authentic and new - something that might leave an impression upon you for the future. 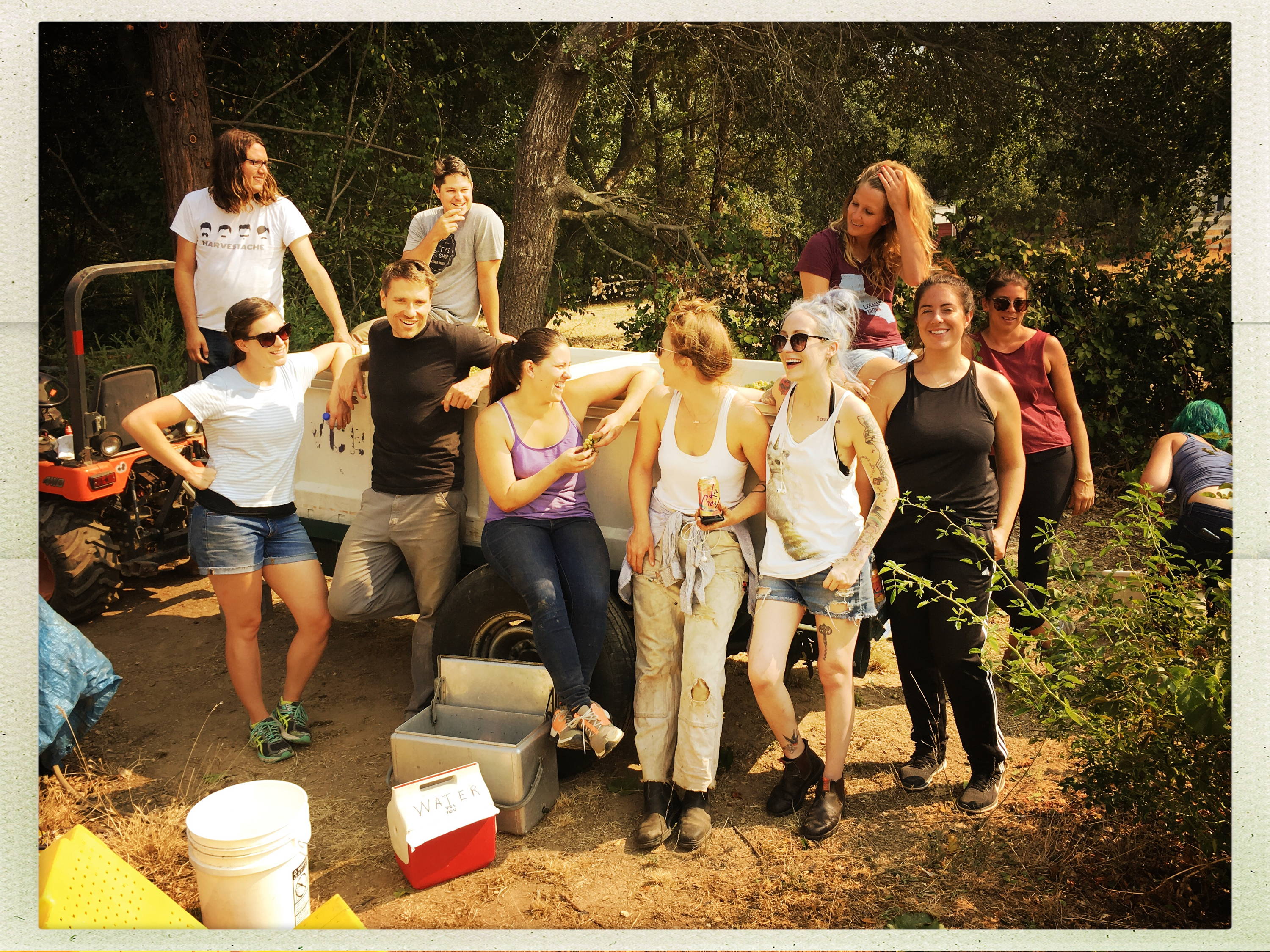